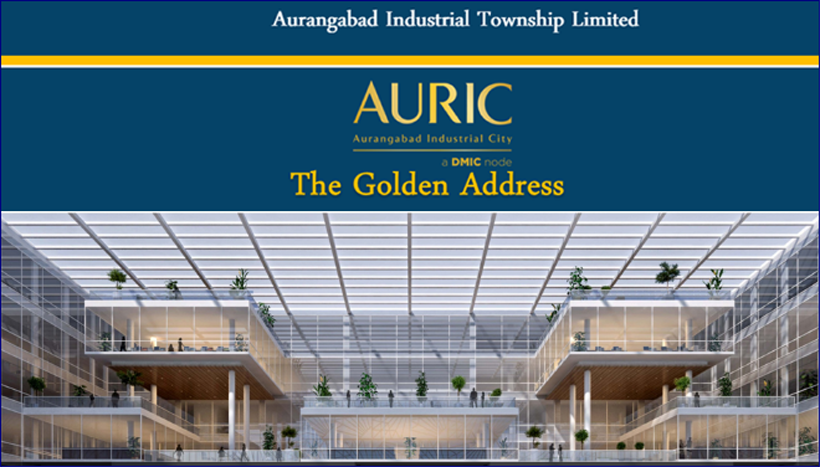 Aurangabad Industrial City, a well-planned and one of its kind Greenfield smart industrial city is being developed across an area of 10,000 acres in Maharashtra as a part of Delhi-Mumbai Industrial Corridor (DMIC) and promoted by Aurangabad Industrial Township Limited (AITL), a special purpose vehicle and partnership between DMICDC (an agency of Government of India) and MIDC (the investment promotion and facilitation arm of the state government of Maharashtra).

The Delhi Mumbai Industrial Corridor (DMIC) is India’s most ambitious and one of the world’s largest- infrastructure programme. Its goal is to develop new industrial cities as ‘Smart Cities’ and converge next generation technologies across infrastructure sectors. In the first phase, eight new cities are being created. With an estimated investment of 100 billion dollars, a high-tech industrial zone is planned, spread across six states.

AURIC aims at offering high-value, sustainable infrastructure to support long-term economic vitality, a high quality of life, and a knowledge-based ecosystem with breakthrough innovation and efficiency. It is positioned to create over 150,000 jobs as employment along with housing for over 300,000 people including industrial workforce and their families while truly embracing the concept of live, work and play. (UNI)