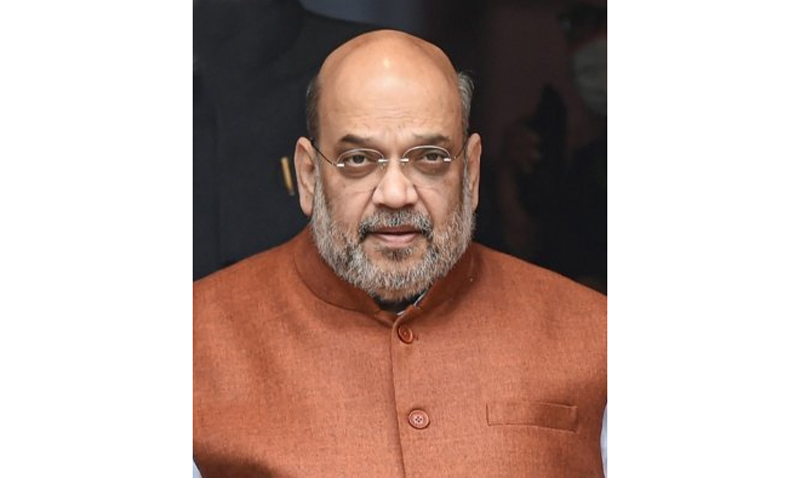 PORT BLAIR, Jan 23: Union Home Minister Amit Shah on Monday lamented that attempts were made to ensure Netaji Subhas Chandra Bose gets forgotten, but the Narendra Modi Government has taken several initiatives such as the setting up of a memorial in Andamans to honour his legacy.
Shah is on a visit here to commemorate the 126th birth anniversary of Netaji Subhas Chandra Bose.
Addressing a gathering at Dr. B. R. Ambedkar Institute of Technology auditorium here, Shah said, “We cannot forget the contribution of Subhash babu in India’s freedom struggle but the irony is attempts were made to forget him.
“We will not let this happen (on attempts made to forget Netaji) and these initiatives by PM Modi ji are a symbol of India’s indebtedness towards him”, he said.
Those who are brave are not dependent on anyone for their memory, he said.
“We installed a statue of Netaji Subhas Chandra Bose on Kartavya Path in New Delhi and this will remind our generation about their Kartavya in future for our country. I would like to commend the vision of PM Modi for naming 21 Islands after the Param Veer Chakra awardees.
“ Not the least, Netaji Memorial Center at Netaji Subhas Chandra Bose Island will make you curious to know more about this place, especially the young generation,” Shah said.
Mentioning that to his knowledge, no other country had honoured its soldiers by naming islands after them, Shah said the Prime Minister’s initiative in this regard was “highly commendable”.
“His decision for a memorial at Netaji Subhas Chandra Bose Island (Ross Island) is also commendable. I believe that all the decisions taken by PM Modi will help this place to flourish further,” the Union Home Minister said.
Pointing out that there is “something” in this soil (Andaman), Shah said despite facing brutal torture by the British, the freedom fighters lodged at the Cellular Jail did not bow down to the colonial rulers.
“This is not just Cellular Jail but this is a ‘tirtha sthan’ (pilgrimage). Netaji liberated Andaman first and then PM Modi ji renamed Islands after Netaji Subhash Chandra Bose. In history, this chapter will be written in golden words,” he said. (PTI)