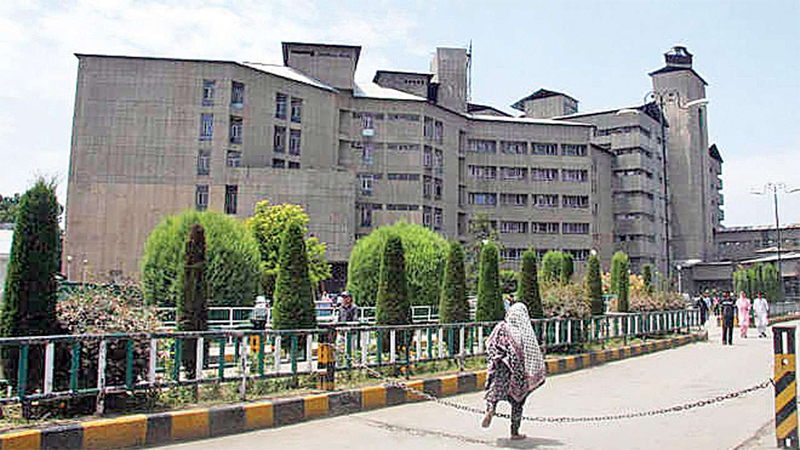 Srinagar, Sept 21: As communication blockade continued in the Valley for last 43 days now, Sher-e-Kashmir Institute of Medical Sciences (SKIMS), Soura has so far not been able to process even one single case under ‘Ayushman Bharat Health Scheme’ since August 5 forcing patients to bear huge costs of treatment.
If estimates are to be believed, so far, more than 500 patients belonging to the Below Poverty Line (BPL) who thronged the hospital since August 5 last month were not able to avail the benefits of the scheme due to the non-availability of the internet connectivity at the hospital. The situation is not any better at other hospitals.
SKIMS being one of the premier health care institutions of the State, is receiving more than 15-20 patients per day under Ayushman Bharat Health Scheme, However, it has not been able to process any case, thus, giving the patients a tough time to deal with.
Caught in a fix, the SKIMS administration has been doing the rounds of the concerned agencies in order to get the things done, however, as of now, they don’t seem to have found a way out of this. The administration was told to submit the documents per case offline at the office of the agency dealing with such cases, which they said will not help at all.
“We have been meeting with the officials of the National Health Agency (NHA) which is dealing with such cases; they told us to submit the documents case wise, but that is a difficult thing to do for us given the number of cases that we receive per day,” Medical Superintendent, SKIMS Dr Farooq Jan told Excelsior.
With the cry over the non-processing of the cases, the NHA had earlier asked all the hospitals to fulfill all the necessities offline, but SKIMS administration said that that option will do fine for the small hospitals and not the SKIMS. “That option is good for small hospitals, not SKIMS, we need an internet connection, as we are literally not able to a single thing in this regard,” he said.
A patient from Ganderbal area said that he has been doing rounds of the hospital for last more than 15 days as he has to brought in his patient for the treatment once he is given a go by the hospital administration.
“My mother has to undergo surgery and I had to submit the relevant documents in order to avail the benefits, but as they say that the internet is not working and that they cannot help me without it, I don’t have any idea of what to do next,” said Ghulam Ahmad, an attendant with a patient.
The SKIMS administration has asked the concerned agency to provide them with a lease line so that the piled up cases and those that they might receive are processed in time and patient care does not suffer. “They have told us to give that (providing the lease line) in writing, let’s see what happens,” Dr Jan said.