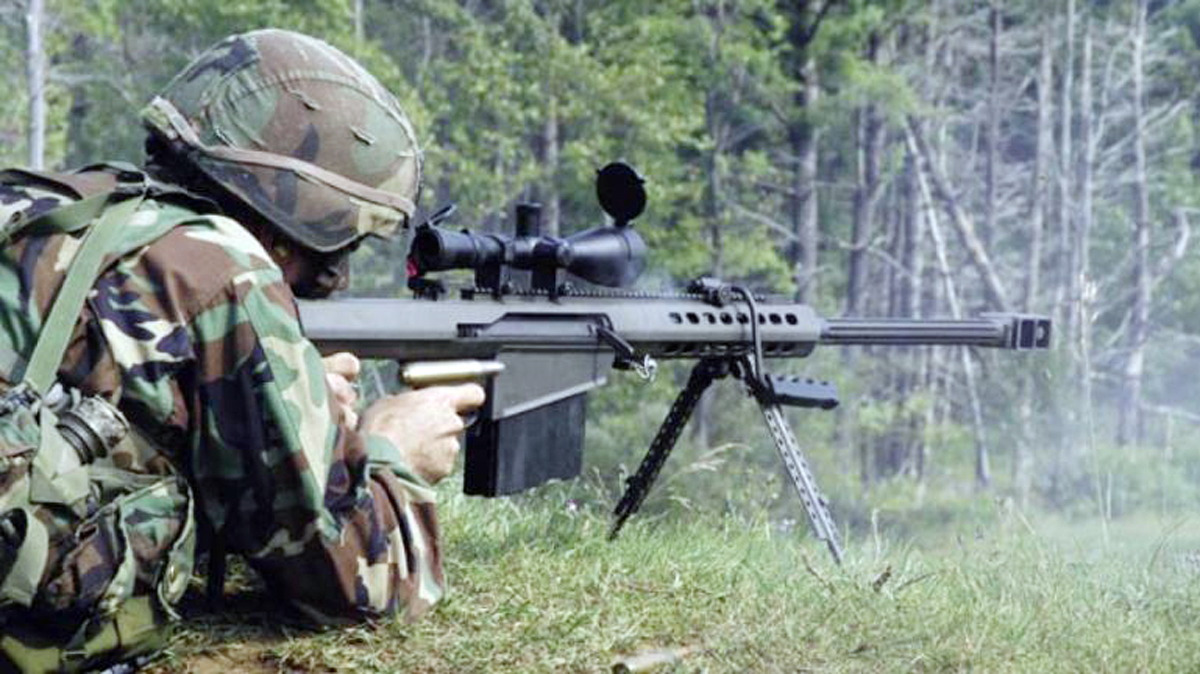 As tension mounts, troops gear up

Excelsior Correspondent
JAMMU, Mar 24: In the aftermath of increased tension along Line of Control (LoC) following Indian air raid at Balakote in Pakistan on Jaish-e-Mohammed (JeM) training camp, the Indian Army has inducted state-of-the-art sniper rifles to target Pakistani positions to silence their guns, targeting Indian defence posts and civilian areas, and prevent any kind of infiltration attempts by the militants under the cover of cross-border shelling and firing.
“The rifles were purchased recently and are being used to target Pakistani posts involved in violating ceasefire across the Line of Control (LoC) including the twin border districts of Rajouri and Poonch, where ceasefire violations have become routine affair after ‘Operation Balakote’ by the Indian Air Force in which Jaish terror camp was destroyed and number of militants were killed,’’ sources told the Excelsior.
They said the rifles being used by the Indian troops to target Pakistani posts, which were firing long range mortar shells and artillery on the civilian areas, are the Finnish Lapua Magnum and Beretta, a rifle made by the Italian company. Both these rifles were produced by the Indian Army recently on fast track basis.
“The new rifles were reportedly purchased directly by the Army’s Northern Command under financial powers granted to the Commanding-in-Chief of Northern Command,’’ sources said.
They pointed out that the new strategic development of deploying state-of-the-art rifles on the LoC comes at the time of heightened tensions with Pakistan over Pulwama attack and subsequent Balakote air strike.
Apart from this, sources said, Army has a target of purchasing around 6000 sniper rifles for the soldiers deployed all along the LoC in Jammu and Kashmir.
“The induction process has begun with arrival of some of the weapons from global suppliers. As soon as all weapons are received, they will be inducted on the LoC to strengthen capability of the troops during anti-infiltration operations,” they added.
The sniper rifles will replace Dragonov SVD rifles with Army soldiers on the LoC.
Induction of sniper rifles on the LoC, according to sources, will go a long way in more forcefully countering infiltration attempts by the troops on the LoC as these weapons can target the infiltrators from a very long distance. The targets can be hit very accurately with these weapons, sources said, adding the new rifles were also very useful in targeting Pakistan’s forward post, which fire at civilian locations on the Indian side.
Sources, however, added that upgradation of weaponry is an ongoing exercise.
“Other equipments which enhance counter terrorism capability of the Army along the LoC were also being inducted,” sources said, adding that further capability building of the troops is in the pipeline”.
As per the reports, soldiers guarding the LoC are being armed with deadly new sniper rifles, including an anti-material rifle that can go through concrete and metal objects, such as vehicles.
Indian Army has been fully prepared to meet with any kind of eventuality from Pakistan side especially after tension on LoC following Indian Air Force raid at Jaish-e-Mohammed terror camp at Balakote in Khyber Pakhtunkhwa province of Pakistan in which number of militants were killed followed by Pakistan’s retaliatory strike on the LoC in which Indian Air Force had shot down enemy’s F-16 but lost a Mig-21 Bison.
Ever since the Indian air strike at Balakote camp, Pakistan has been resorting to unprovoked ceasefire violations on the LoC especially in twin border districts of Poonch and Rajouri.