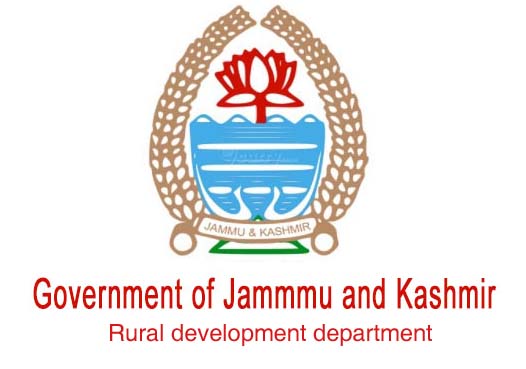 Gopal Sharma
JAMMU, Mar 24: The liability created by the State Rural Development Department (RDD) towards payment of the wages of the labour class and the material used in various development works during last 4 years has reached up to Rs 448 crores just in 10 districts of Jammu division while its performance has reduced to merely 50 percent in many blocks during this financial year.
Official sources told the Excelsior that apart from current financial year, this liability on account of material supplied by various agencies and private parties and payments of wages to the labour class are pending for the last 3-4 years under various works initiated across the region under MGNREGA in the rural Blocks and Panchayats. The sources revealed that the liability component is little less in Kashmir as compared to Jammu region, even then, it may go beyond a whopping amount of Rs 700 crores.
According to the guidelines from the Union Ministry of Rural Development, the labourers engaged on works under MGNREGA in various Panchayats/ Blocks must get their wages maximum by 14 days, but the State Government agency, in sheer violation of standing Govt directive and Labour Laws, has failed to make payments to the labour class even after three-four years. Hardly a few days ago, the members of the labour class supported by Sarpanchs and Panchs, held protests at Chhatroo, Mughal Maidan and Kahra in district Kishtwar, Mankote in Poonch and also locked BDO office staff who was later rescued by the Tehsil Administration and Police. They were demanding release of their pending wages.
Sources revealed that some money has recently been released by the Administrative Department to various Blocks with a rider not to make old payments. The concerned DDOs have been directed to clear liability of only current financial year. With this, there was strong resentment among the members of the labour class and other agencies/ firms which have supplied material for various works, but they have been denied their payment for the last several years.
Not only this, on account of mandays generated, the performance of MGNREGA has also nose- dived during this financial year as many districts have performed below 50 percent although their performance was above 90% last year. Many blocks of Udhampur, Samba, Jammu and Kathua districts are the worst examples, the sources added.
Data compiled from various districts of the region has indicated that though focus of the RDD officers was to clear wage liability on priority but even then this component was whopping. The Government of India said to have been sending huge amount in Rural Development sector every year and such claims were also made in the past by the concerned Ministers on the floor of the Legislative Assembly that huge money remains unspent and officers fail to utilize the full amount, then piling up of such huge liability is something surprising.
District Kishtwar in Jammu division tops in the list of liability created by the concerned RDD officers with Rs 90 crores pending till date on account of labour as well as material component. Out of the total, nearly Rs 40 crore amount pertains to wages of labour class while about Rs 50 crore for material component. This district was provided Rs 10 crores by the Government recently and this amount is being disbursed among the beneficiaries by the concerned Block Development Officers.
The liability of district Jammu has gone up to Rs 84 crores including wage, material and administrative expenses. In district Poonch, the pending MGNREGA liability was to the tune of Rs 40 crore. While labour component was worth Rs 29 crores, Rs 11 crore pertained to the material part.
In district Kathua, the liability was to the tune of around Rs 35 crores. While wage component was nearly Rs 12 crore, the rest ( Rs 22. 9 cr) pertained to material part. The liability created in Barnoti, Marheen, Mahanpur, Keedian Gandyal and Nagrota Gurju blocks is the highest in the districts. Apart from this, 8 posts of DDOs are lying vacant in this district.
In Reasi district including entire Mahore Sub Division, the MGNREGA liability was worth Rs 42 crore. The Government has released Rs 2 crore a few days ago to clear some wage liability. Around Rs 4.5 crore said to have been provided during the last quarter of this financial year by the Government in the district. In Udhampur district also, the liability is around Rs 35 crore. The department is said to have released a peanut amount to clear the wage liability during this week.
The data further indicated that in district Rajouri the liability has gone up to Rs 65 crore while it was around Rs 40 crores in district Poonch with major pendency in Mendhar, Mankote and Surankote blocks. Out of the Rs 40 crore in Poonch, Rs 11 crore pertained to material while Rs 29 crore amount belonged to labour component. Rs 7 crore was released to ACD Rajouri recently.
In Ramban district, the MGNREGA liability has reached up to Rs 26 crore and out of the total, the material component was worth Rs 14 crores while rest Rs 12 crore pertained to labour component. Similarly in Doda, the liability has reached up to Rs 25 crore while in nine blocks of Samba district it was just Rs 6 crores.
Director General Rural Development Department, Jammu, Rehana Batul when asked how this huge liability has been generated and what steps are being taken to clear the same, said that this liability is not new. The Department was doing its best to clear the same. Secretary concerned is also trying to address the issue and find out a solution. She said the figure may be more than Rs 400 crores as being projected but for the time being, we are clearing labour part as normal course.