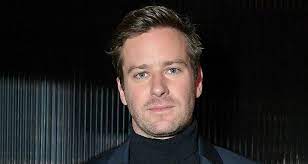 Los Angeles, Dec 13: “Call Me By Your Name” actor Armie Hammer has left a treatment facility after spending more than half a year there amid a police investigation over sexual assault allegations.
The 35-year-old actor had joined the Florida-based program for drug, alcohol, and sex issues in May.
In a statement to E! online, Hammer’s attorney said the actor was doing great after leaving the facility.
“I can confirm that Mr. Hammer has left the treatment facility and is doing great,” the statement read.
It was reported in March that the actor was under police investigation after a woman alleged she was violently raped by him in 2017.
A Los Angeles Police Department spokesperson had said at the time that Hammer was the main suspect in a sexual assault that was reported to police on February 3. Hours before the investigation, a woman called Effie accused Hammer of rape in a press conference with attorney Gloria Allred. (PTI)