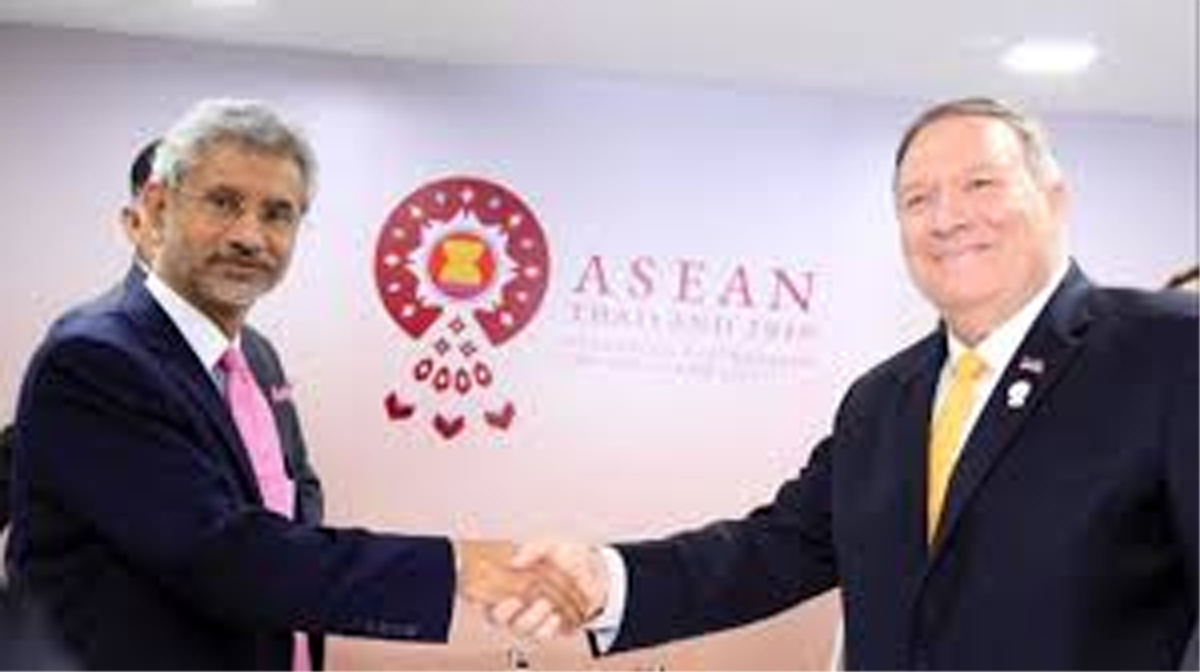 BANGKOK, Aug 2:External Affairs Minister S Jaishankar on Friday made it clear to his American counterpart Mike Pompeo that any discussion on Kashmir, if at all warranted, will only be with Pakistan and only bilaterally, days after US President Donald Trump offered to mediate on the vexed issue.

“Have conveyed to American counterpart @SecPompeo this morning in clear terms that any discussion on Kashmir, if at all warranted, will only be with Pakistan and only bilaterally,” he tweeted.

He met US Secretary of State Pompeo on the sidelines of the second day of 9th East Asia Summit Foreign Ministers meet in Bangkok. This was the first official meeting between the two top officials after President Trump’s controversial comments on him offering to mediate between India and Pakistan over the Kashmir issue.

Last month, President Trump offered to be the “mediator” between India and Pakistan on the Kashmir issue when he met Prime Minister Imran Khan for the first time at the White House.

The Indian government, however, dismissed President Trump’s astonishing claim that Prime Minister Narendra Modi had asked him to mediate.

Pakistan Prime Minister Khan has said that he is ready and welcomed such a move by the US on the Kashmir issue.

Trump claimed that Modi and he discussed the issue of Kashmir in Osaka, Japan on the sidelines of the G-20 Summit in June, where the Indian prime minister made an offer of a third-party arbitration on Kashmir.

In Parliament, EAM Jaishankar had said that all outstanding issues between India and Pakistan can be discussed only bilaterally and Prime Minister Modi made no request to President Trump to mediate on the Kashmir issue with Pakistan.

“Any engagement with Pakistan will require end to cross border terrorism,” he had said, adding Simla and Lahore accords provide the basis for resolution of all issues bilaterally. (PTI)