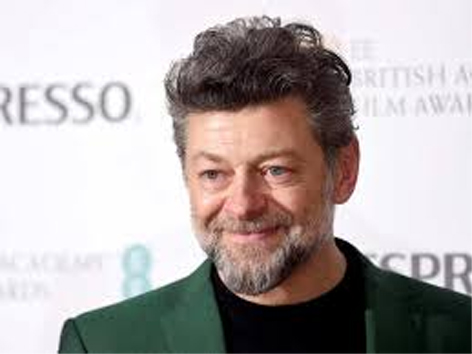 LONDON, Jan 24: The British Academy of Film and Television Arts (BAFTA) has announced that it will be felicitating actor-director Andy Serkis at its annual film awards.
The 55-year-old actor will receive the outstanding British contribution to cinema award, one of the British Academy’s top honours, read a statement from BAFTA.
Serkis is considered a pioneer in the field of motion capture, a technology that enabled him to deliver powerful performances in movies such as “King Kong”, “Lord of the Rings” and “Planet of the Apes” trilogy.
“I’m deeply honoured and thrilled to receive this award, and count myself extremely lucky to be on such a continually fascinating journey in visual storytelling, one that has given me the opportunity to collaborate with many of the world’s greatest artists, technologists and craftspeople, with whom I’d like to share this wonderful accolade,” the actor said.
Marc Samuelson, chair of BAFTA’s film committee, said the actor’s contribution to cinema, both on and off screen, has been nothing short of “revolutionary” and “inspiring”.
“His pioneering influence as a performer, an educator, a leading innovator and an employer has helped shape the global film industry and the positive impact will be felt for years to come.
“He’s a truly remarkable ambassador for our industry and a thoroughly deserving recipient of this year’s outstanding achievement award,” he added.
The outstanding British contribution to cinema award is presented annually in honour of producer Michael Balcon.
Previous recipients of the award include Elizabeth Karlsen and Stephen Woolley, co-founders of Number 9 Films, Ridley and Tony Scott, Angela Allen, John Hurt, Tessa Ross and Peter Greenaway, among others. (PTI)