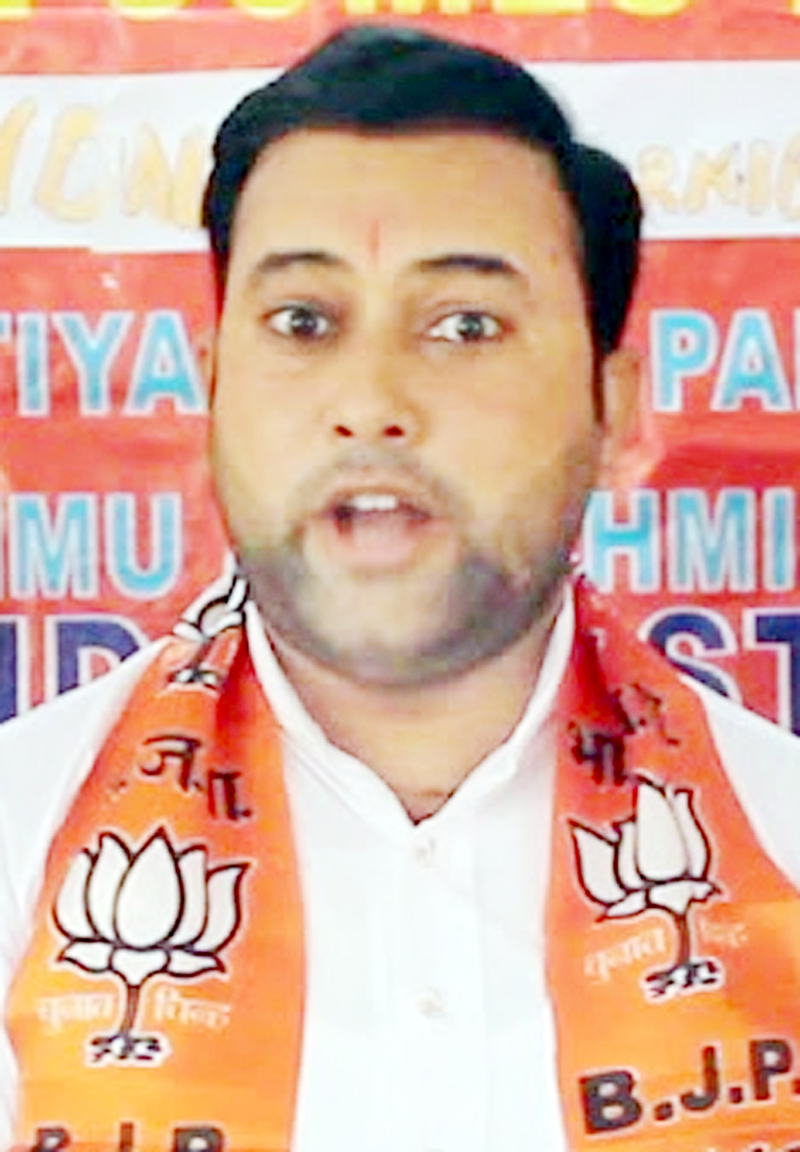 ‘Ex-MLA fails to bring any major change on development front’

Mohinder Verma
RAMBAN: Generally people pin high hopes on their Member of Legislative Assembly (MLA) for resolution of their development and basic amenities related issues. But such expectations increase considerably when the MLA belongs to a political party which is in Government both in the State and at the Centre. And if still the issues remain unresolved then only sheer incompetence and non-seriousness of the MLA concerned can be blamed.
This is exactly the scenario in Ramban Assembly constituency, which was represented by Bharatiya Janata Party’s Neelam Kumar Langeh in the Lower House of the State Legislature before its dissolution in the recent past. Majority of the people of the constituency, who were interviewed by EXCELSIOR during recent random survey, were of the opinion that had the issues been vigorously pursued by their elected representative there would have been a sea change in the developmental scenario of the constituency.
They have substantiated this by saying that all the burning issues of the Ramban Assembly segment were falling in the domain of those departments which were being headed by the BJP Ministers in the PDP-BJP Coalition Government but unfortunately their MLA failed to make use of the opportunity for the betterment of people of his constituency. Deeply perturbed over non-resolution of their long pending development related issues, majority of the people feel that Neelam Kumar Langeh doesn’t have the capacity to deliver on ground and only believes in making lofty slogans.
During the survey it came to the fore that there is hardly any sector which is not reeling under problems of different nature. People were found complaining about shortage of drinking water, supply of unsafe water, unscheduled power cuts, worst kind of air pollution due to ongoing highway widening works, inordinate delay in up-gradation of schools, lack of proper road connectivity to several villages and above all unsatisfactory functioning of the health institutions including District Hospital Ramban.
“Despite PHE Department remaining with the BJP for nearly three years the MLA failed to ensure functioning of the only water filtration plant for the Ramban town as a result of which we are compelled to drink untreated water”, people of Ramban town rued, adding “whenever the issue was raised before Neelam Kumar Langeh he claimed to get it resolved by personally taking up the same with the PHE Minister but he failed to translate his words into reality till the dissolution of Assembly”.
“If this is the drinking water related scenario in the District Headquarter what could be the situation in remote parts of the Ramban Assembly constituency can be easily gauged”, a shopkeeper of the main town said while wishing anonymity, adding “during the past three years the MLA only tried to make one after another promise instead of acting on even some of them”.
The healthcare scenario in remote parts of this Assembly segment can be presumed from the fate of the Ramban District and Trauma Hospitals. While District Hospital is reeling under acute shortage of manpower, the Trauma Hospital has not been made functional even after expenditure of crores of rupees on the same.
“Had both these hospitals been made fully functional not only the people of Ramban would have better healthcare facilities at their doorsteps even hundreds of the lives of road accident victims could have been saved so far”, a shopkeeper near the Trauma Hospital said. The road leading to the Trauma Hospital was found congested and people of the area have apprehensions about free movement of ambulances following full functioning of the Trauma Hospital.
They said, “Health Department remained with the BJP Minister for three years but Neelam Langeh failed to get the issues of District and Trauma Hospitals resolved”, adding “neither BJP MLA nor BJP Ministers paid any serious attention towards the problems confronting the Ramban Assembly constituency”.
Some Government employees, while wishing anonymity, said, “a project to provide proper road connectivity to the Deputy Commissioner’s Office at Maitra was approved several years back but till date there is no progress on ground as a result of which hundreds of people face difficulties every day”, adding “the issue was flagged before the former MLA a number of times and every time assurance was given for taking up the matter with the Government but till date the assurance has not been translated into reality”.
The people of several areas of Ramban constituency had a common complaint that no efforts were made by the MLA to ensure adequate teaching staff in the schools and smooth work on the roads taken up under PMGSY. “There is no proper road connectivity to Ramgarh, Kanota, Trungal, Koda Pani, Nalote and Herni areas although assurance in this regard was given a number of times”, people of Baggar said.
They also raised the issue of non-upgradation of High School Baggar. “We raised this demand before Neelam Kumar Langeh a number of times and he even conveyed that the then MoS Education Priya Sethi will look into this aspect on priority basis but no seriousness was shown”, they regretted, adding “in the absence of Higher Secondary School at Baggar the students are compelled to take admission in Higher Secondary Schools of Assar and Batote and face immense difficulties for to and fro journey every day”.
Inordinate delay in repair of power transformers and inadequate facilities at Emergency Hospital Assar were among other problems highlighted by the people. “We were no priority for our former MLA otherwise he should have either frequently visited our area or considered on priority basis our burning demands”, shopkeepers of Baggar said.
Despite several attempts no contact could be established with former MLA Neelam Langeh for his comments on the public perception and to ascertain the developmental works he had carried out during his tenure.