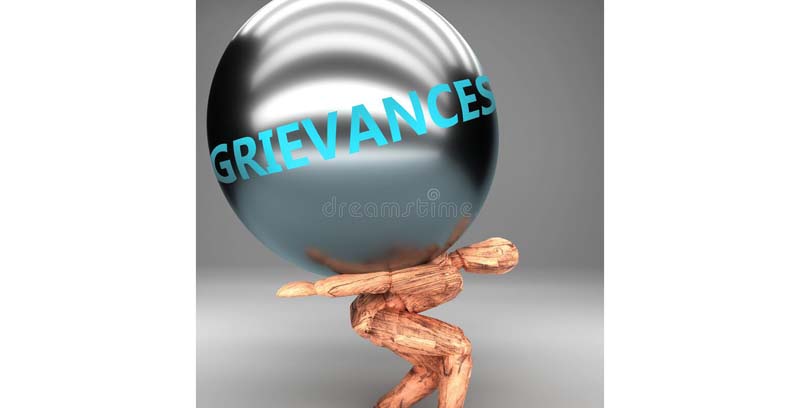 Fresh directives issued in view of slackness of many officers

Mohinder Verma
JAMMU, Sept 29: Taking serious note of the slackness and casual approach towards repeated directives, the Government has asked all the Administrative Secretaries and Deputy Commissioners to furnish reports on weekly basis highlighting the steps taken for redressal of grievances brought to their notice by the public for the appraisal of the Lieutenant Governor’s Secretariat.
Moreover, the Deputy Commissioners have been asked to revive the practice of organizing Block Diwas immediately by ensuring strict adherence to the COVID Appropriate Behaviour (CAB).
Due to COVID-19 pandemic, the Government-public interaction got affected and due to limited mobility the general public having grievances/issues in various departments could not visit the Civil Secretariat both at Jammu and Srinagar for their redressal.
In order to facilitate the redressal of these issues and grievances, the Government vide Circular No.18-JK(GAD) dated June 2, 2021 directed that all the Administrative Secretaries shall be available for attending public grievances on daily basis (except on days of tour) between 2.30 pm to 3.30 pm in person or on notified telephone numbers or on video-conferencing facility for redressal of public grievances.
Further, the Administrative Secretaries were directed to fix time slots on daily basis for meeting general public, delegations and representatives for hearing grievances. Moreover, they were asked to provide wide publicity to schedules, telephone number and web-links for the information of general public.
“However, it has been noticed by the Government that only few Administrative Secretaries are strictly adhering to these directives while others have yet not started hearing the public grievances”, official sources told EXCELSIOR, adding “neither they are personally attending the delegations nor they have notified schedules and web-links. Moreover, the telephone numbers fixed for hearing public grievances are rarely picked up”.
They further said, “even if some delegations succeed in reaching the offices of the Administrative Secretaries they are asked by the personal sections to submit their grievances in the written form on the pretext that officers are busy in meetings”, adding “due to this the objective of public personally visiting the Civil Secretariat for prompt redressal of grievances gets defeated”.
Taking serious note of this, the Commissioner Secretary to the Government, General Administration Department Manoj Kumar Dwivedi, on the directions of the Chief Secretary Dr Arun Kumar Mehta, has drawn the attention of all the Administrative Secretaries towards the circular of June 2, 2021.
“All the Administrative Secretaries were advised to fix time slots on daily basis for meeting general public, delegations and public representatives for hearing public grievances. It has been desired that all the Administrative Secretaries shall furnish details of action taken in this regard on weekly basis to the General Administration Department for appraisal of the Lieutenant Governor’s Secretariat”, reads the latest circular.
Accordingly, the Administrative Secretaries have been impressed upon to furnish the details of public interactions/grievances redressed by them on weekly basis to the General Administration Department on every Friday by 4 pm.
Moreover, all the Deputy Commissioners in the Union Territory of Jammu and Kashmir have been asked to remain available in their offices between 2.30 pm to 3.30 pm every day except on tour days for meeting general public/delegations for redressal of their grievances.
“The action taken report in this regard shall be shared on weekly basis with the General Administration Department as per the given format”, another circular said. In the format, the Deputy Commissioners will mention the number of public hearings conducted, number of persons/delegations met and number of grievances redressed.
Further, the Deputy Commissioners have been directed by the General Administration Department to immediately revive the practice of organizing Block Diwas following COVID Appropriate Behaviour (CAB) and with due regard to other Standard Operating Procedures (SOPs) in place on account of pandemic.
It is pertinent to mention here that objective of celebrating Block Diwas is to assess the progress of developmental works being executed in different sectors besides redressing the public grievances and providing services to the masses at their door-steps to strengthen the grassroots level democracy.