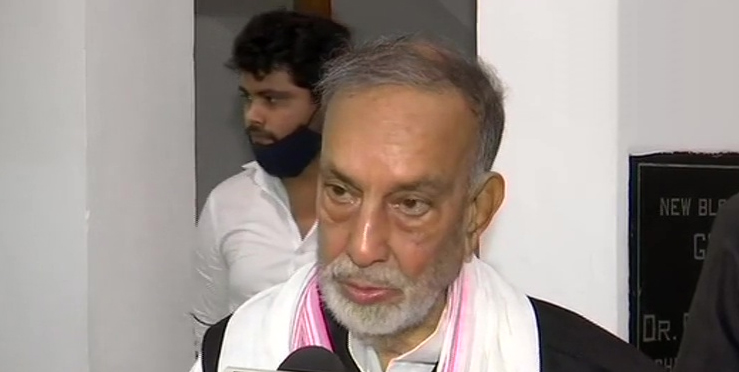 NEW DELHI : Ahead of the all-party meeting with Prime Minister Narendra Modi on Thursday, National Panthers Party’s (NPP) president Bhim Singh arrived at the Jammu and Kashmir House in Delhi and said the statehood of Jammu and Kashmir should be restored.
Singh said, “I am here as I am invited (to join the All-Party Meeting called by Prime Minister Narendra Modi). The statehood of Jammu and Kashmir should be restored.”
As many as 14 prominent leaders from Jammu and Kashmir are scheduled to attend the meeting with Prime Minister Narendra Modi on Thursday.
This is the first high-level interaction between the Centre and political leadership mainly from Kashmir since August 5, 2019, when the Centre revoked the special status of Jammu and Kashmir and the state was bifurcated into two union territories.
It is learnt from reliable sources that no fixed agenda has been set for the meeting and a freewheeling discussion is expected on June 24. However, delimitation, statehood and assembly elections are expected to remain key issues for discussion at the all-party meeting.
Although the People’s Alliance for Gupkar Declaration (PAGD) has agreed to attend the meeting, its leaders especially the Peoples Democratic Party chief Mehbooba Mufti said that they will ask New Delhi to restore Article 370 and 35 A.
Although, a day before the all-party meeting called by the Prime Minister, the Election Commission of India (ECI) on Wednesday held virtual discussions with its representatives in Jammu and Kashmir and deputy commissioners regarding the delimitation of the 90 Assembly constituencies in the Union Territory. (AGENCY)