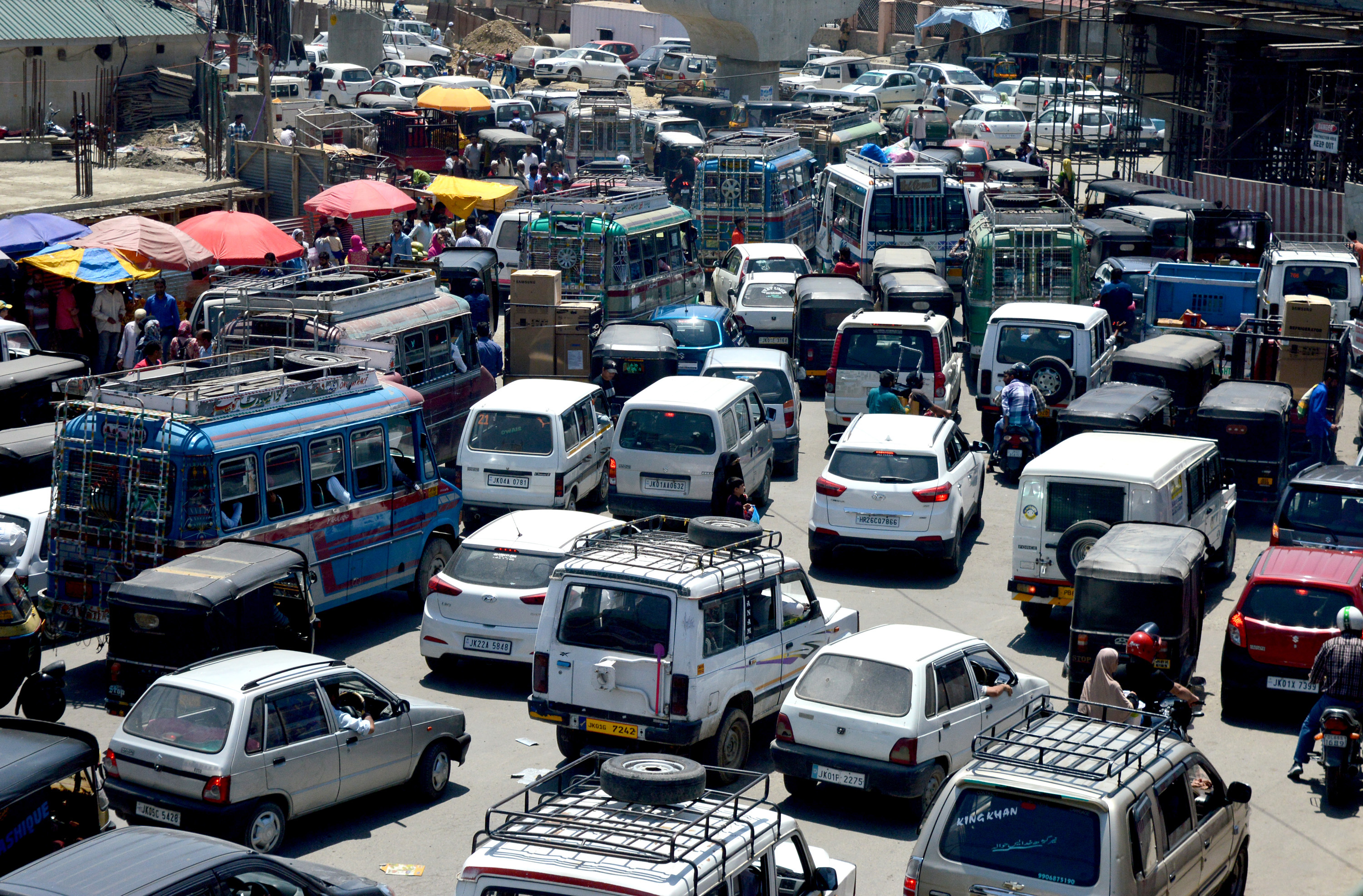 Srinagar, June 14: Ahead of Eid-ul-Fitr, the markets in city were abuzz with shoppers while traffic jam caused immense chaos leading to choking of routes here today.
The markets across the Valley, including the summer capital Srinagar, wore a festive look as people came out in large numbers to shop.
Thousands of people visited various market places, particularly Lal Chowk, Hari Singh High Street, Batamaloo and Old City’s Jamia Masjid. The shoppers were seen thronging the markets to buy groceries, clothes, eatables, imitation jewellery, accessories, home decoration etc.
One of the busiest markets, Goni Khan market was seen flooded with the female shoppers. As per females, the market fulfills all the shopping requirements of a lady shopper. “Goni Khan market is one such market where I can buy everything I want and that too on cheaper price. From readymade garments to cosmetics, everything is here,” Shaista, a shopper from Chanapora said.
“Though Eid rush picks up in the last ten days of Ramadan, but this year momentum and that usual atmosphere of festivity was missing. It’s only in the last two days that the rush has started picking up,” Shabir Ahmad, a readymade shopkeeper in Goni Khan Market said. The rush of people triggered frequent traffic jams at various places especially from Dalgate to Batamaloo, giving a tough time to the traffic police in maintaining the traffic and ensuring smooth flow of vehicles.
The road side vendors who have erected their stalls on most of the footpaths and roads have left no space for the pedestrians and vehicles to pass.
Eid will be celebrated on Friday or Saturday, depending on the appearance of moon. Eid-ul-Fitr is a festival observed by the Muslim community to celebrate the conclusion of the month of Ramadhan (month of fasting). Eid is celebrated on the first day of Shawwal, that is, the tenth month of the Hijri calendar. During the festival, Muslims exchange gifts, greeting their neighbors as a mark of solidarity and brotherhood.