E-Paper
Home Todays story Against requirement of 100 SRTC vehicles, only 14 plying in Ramban,... 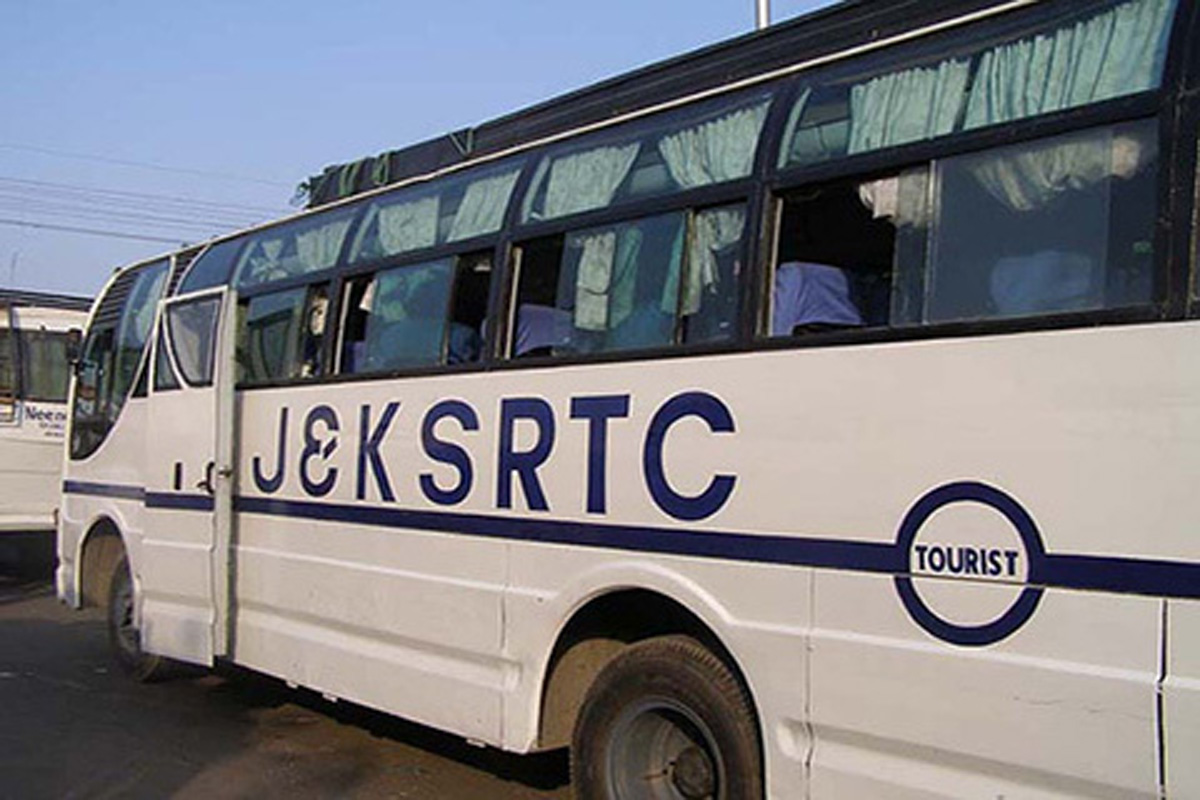 JAMMU, Mar 17: Frequent and tragic road accidents have failed to shake the conscience of even the Governor’s Administration as only 14 buses of State Road Transport Corporation (SRTC) are plying in three mountainous districts of Kishtwar, Doda and Ramban as against the actual requirement of nearly 100 vehicles thereby leading to uncontrolled overloading in the private passenger vehicles.
The worrisome situation is prevailing as neither serious efforts were made to take the proposals vis-a-vis augmenting the fleet of the Corporation in these hilly parts of Jammu region to the logical conclusion nor strict implementation of directions issued from time to time was ensured.
Official sources told EXCELSIOR that a total of 34 SRTC buses of different capacity were being operated in these three districts in 2010 but the fleet declined considerably during all these years due to absolute non-seriousness of the successive Governments and presently only 14 vehicles are plying—two in Ramban and six each in Doda and Kishtwar.
During these years 20 SRTC buses developed snag and were sent to main workshop at Jammu for repairs but no serious efforts were made to re-deploy these vehicles after rectification of faults leading to sharp decline in the fleet of SRTC in these districts.
Had announcements regarding establishment of a full-fledged workshop at Doda for prompt repairs and maintenance of the SRTC vehicles been honoured these 20 vehicles would have been repaired locally and then re-deployed on the roads in shortest possible time-frame, sources said.
“Merely 14 vehicles are plying in these vast districts at a time when the actual requirement of SRTC buses of different capacity is nearly 100”, they said while disclosing that there are 10 new routes in Ramban, 22 in Doda and 26 in Kishtwar for which no SRTC vehicle has been deployed although requirement of 10 for Ramban, 26 for Doda and 29 for Kishtwar has already been projected officially.
These routes have been identified on the persistent demand of the people of those areas, which have been brought on the road connectivity map following completion of works on roads taken up under different schemes particularly Pradhan Mantri Gram Sadak Yojana (PMGSY).
“It is a matter of concern that even during Governor’s Rule the concerned authorities have failed to pay required attention towards the deployment of more SRTC buses in erstwhile Doda district as per the requirement projected by the field agencies”, sources regretted, adding “it seems that frequent tragic road accidents mainly due to overloading of the private passenger vehicles have failed to shake the conscience of even the Governor’s Administration”.
They further said, “merely issuing statements to express shock and grief over loss of lives in the road accidents is not going to change the situation on ground. If the Government is really serious in checking the menace up to large extent it should first ensure adequate number of SRTC buses in hilly areas”.
No doubt after every major accident either proposal was formulated or directions were issued for augmenting the fleet of the Corporation but no follow-up action was ensured on the same by those who remained at the helm of affairs in the Transport Department.
This is evident from the fact that on October 10, 2018, Principal Secretary to Government, Transport Department, Dr Asgar Hassan Samoon had issued direction for deployment of additional buses for various routes of erstwhile Doda district. But, neither direction was implemented nor reason behind the same was ascertained.
When contacted, an officer of the SRTC said, on the condition of anonymity, that several proposals in respect of erstwhile Doda district were framed from time to time but the ground situation has remained unchanged. “May be loss of lives due to accidents is not an issue for the Government”, he added.
“Though physical fitness of the private passenger vehicles is checked by the Motor Vehicle Department as per the fixed calendar yet checking ability of the drivers to ply in hilly areas is not checked at all”, sources said, adding “many a times directions were issued for holding camps for regular eyesight check-up of drivers of commercial vehicles but no attention was paid towards the implementation of the same”.
They further said, “not only the fitness of the vehicles even physical fitness of the drivers is also imperative to minimize the chances of accidents”.