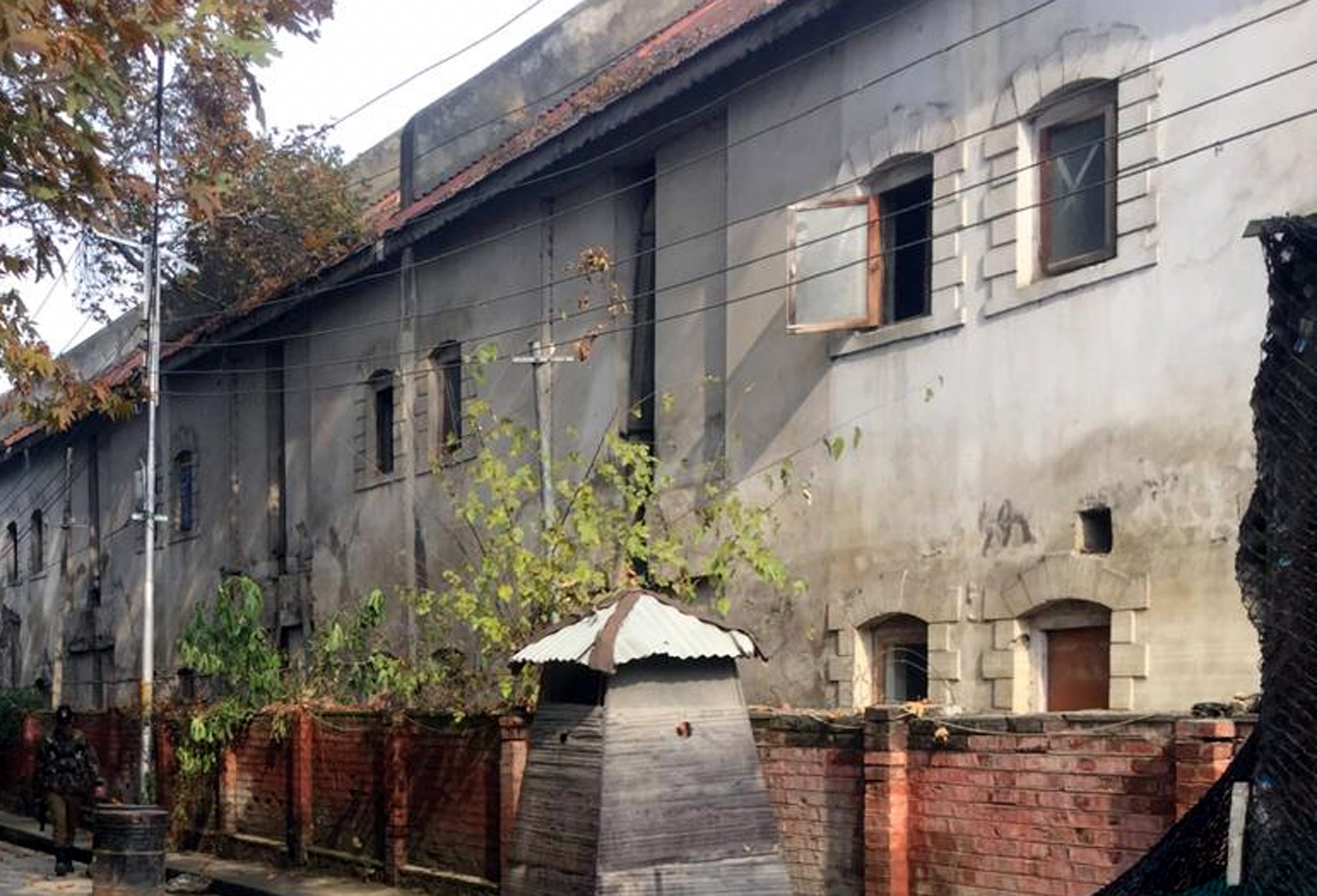 Srinagar, Dec 1: Administration may shift some detainees from MLAs’ hostel Sub-Jail in Srinagar to their respective residences for house arrest due to lack of proper facilities that affect the health of detainees especially the senior citizens and those with chronic illnesses.
There are 31 political leaders who are detained at the MLAs’ hostel in Srinagar that has been turned into Sub-Jail.  They were shifted here from Centaur hotel in Srinagar last month after the hotel sent a bill amounting to over Rs 3 crore to Government for housing the detainees for over three months.
The 33 detainees including general secretary of National Conference (NC), Ali Mohammad Sagar, Naeem Akhtar of PDP, Chairman of Peoples Conference Sajjad Lone and bureaucrat turned politician Shah Faisal were shifted to MLAs’ hostel Sub-Jail under the orders of Home Department on 17th of November.
Last week two detainees Hakeem Mohammad Yaseen and Mohammad Ashraf Mir were released from the Sub-Jail and shifted to their residences where they were kept under house arrest. They were asked not to venture out of their houses. However, the criteria for shifting of these two detainees was not known.
Three detainees Ali Mohammad Sagar, Sheikh Ashfaq Jabbar of NC and Deputy Mayor Sheikh Imran were hospitalized four days back after they complained uneasiness and chest pain. Sagar and Ashfaq were kept under observation in the SKIMS hospital’s Cardiology Department for two nights while Imran was shifted back to the Sub-Jail same day after medical examination.
The relatives of the detainees complained about the lack of proper facilities at the Sub-Jail including heating arrangements in sub-zero temperatures.  The detainees are accommodated in separate rooms but they lack proper furnishing and heating arrangements. However, detainees were allowed to bring in their own matting and heaters but the voltage is very low.
Sources said that lack of proper facilities at the Sub-Jail are the main reason for detainees, some of whom are already ailing, for falling ill. They said that detainees who are ailing and senior citizens may be shifted in the first week of December as the administration does not want to take any risk. However, a senior security officer told Excelsior that they have no such orders of shifting some of the detainees to their residences yet.
Over 100 mainstream politicians and workers were detained in August this year ahead of abrogation of Article 370 and Article 35A and dividing Jammu and Kashmir into UT of J&K and Ladakh. Some of them were later released but others are under detention or house arrest.