E-Paper
Home National Action against Gambhir in voter ID case only after we receive complaint:... 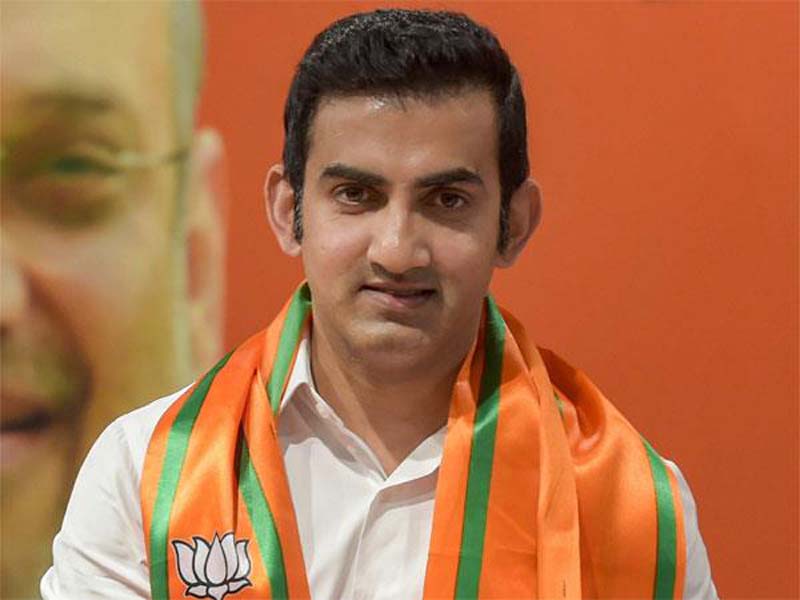 NEW DELHI, Apr 29: Delhi’s Chief Electoral Office Monday said any action against BJP East Delhi candidate Gautam Gambhir for allegedly possessing two voter identity cards can only be taken if the poll authorities receive a complaint in this regard.
The Aam Aadmi Party’s East Delhi candidate Atishi Marlena has moved court against the cricketer-turned-politician alleging that he had enrolled as a voter in Rajender Nagar and Karol Bagh Assembly segments in violation of the Representation of the People Act.
“We have come to know through media reports that Gambhir is registered as a voter at more than one place in Delhi. We have not received any complaint in this regard yet. Once we receive a complaint, we will initiate an inquiry and suitable action will follow,” Delhi’s Chief Electoral Officer Ranbir Singh said.
The Election Commission carries out a routine exercise to detect and delete duplicate entries in the electoral roll before elections.
Asked if the authorities failed to detect duplicate entries in Gambhir’s case, an official said, “The process of deleting duplicate entries is carried out through a software. The poll panel cannot be blamed if the software fails to detect such anomalies.”
Gambhir, however, has rejected the allegation, saying he possesses only one voter identity card.
“I have only one voter ID card from Rajender Nagar. I used to live with my maternal grandparents as a child at Ramjas Road (in Karol Bagh), but I never voted from or applied for any voter identity card from there,” he had said.
Atishi Marlena had earlier raised objection over the nomination papers filed by the BJP candidate from East Delhi. (PTI)