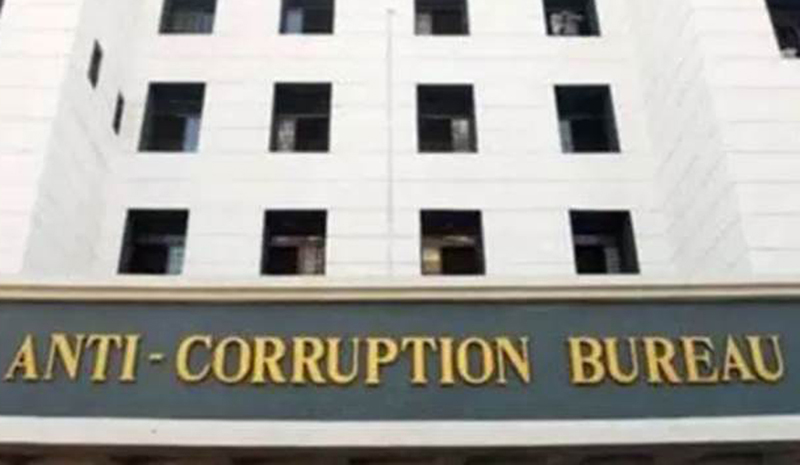 Mohinder Verma
JAMMU, May 1: Due to delay in probe by the Anti-Corruption Bureau and grant of prosecution sanction by the Housing and Urban Development Department in the much-publicized illegal appointments case, the accused Government servants as well as beneficiaries have remained unpunished during the past over five years.
Official sources told EXCELSIOR that during the financial year 2009-10, the officers of the Municipal Committee Hajin in Bandipora district by abuse of their official position and utter disregard to the standing Government instructions made several illegal appointments including those of their relatives and thereafter ensured drawal of regular pay by illegally attesting their service particulars.
A formal FIR in this regard was registered at Police Station Vigilance Organization Srinagar in the year 2013 on the basis of proper verification and accordingly a detailed investigation was taken up.
During the course of investigation, which too undue long time to conclude, the relevant record in the shape of service books, appointment orders along with the personal files of the illegal appointees and pay acquaintance roll were collected from the concerned quarters and seized.
The scrutiny of record revealed that Imtiyaz Ahmad Parray, the then President of Municipal Committee Hajin in league with Abdul Rashid Shah, the then Executive Officer Municipal Committee Hajin and Establishment Incharge Imtiyaz Ahmad Bhat abused their official position and in gross violation of standing Government instructions made 15 illegal appointments on regular pay scale.
It also came to the fore that Abdul Rashid Shah and Imtiyaz Ahmad Bhat were instrumental in preparation of the documents which eventually paved the way for conferment of undue pecuniary advantage upon the beneficiaries with corresponding loss to the State exchequer.
It is pertinent to mention here that notification dated December 18, 2008 issued by the Commissioner/Secretary to Government, Housing and Urban Development Department clearly states that the competent authority for making appointments in case of Class I and Class-II posts shall be Government and respective Heads of the Departments in other cases.
During the course of investigation, documents bearing the admitted signatures/initials of the accused persons namely Imtiyaz Ahmad Paray, Abdul Rashid Shah and Imtiyaz Ahmad Bhat were obtained and referred to Forensic Science Laboratory Srinagar for examination and opinion. Vide two different reports dated June 27, 2014 and April 29, 2015, the Forensic Science Laboratory confirmed the signatures of the accused persons on the questioned documents.
Thereafter, the Housing and Urban Development Department, which has administrative control over Municipal Committee Hajin, was approached by the Anti-Corruption Bureau (formally State Vigilance Organization) for prosecution sanction of in-service accused Government servants, which also took undue long time.
It is only some days back that Housing and Urban Development Department formally accorded sanction to prosecute the accused Government servants. “A prima-facie case for commission of offences punishable under Section 5(1)(d) read with Section 5(2) of Prevention of Corruption Act, 2006 and Section 120-B RPC is made out against the in-service public servants and beneficiaries for which they should be prosecuted”, reads the prosecution sanction order.
It is pertinent to mention here that no prosecution can be launched against in-service public servants without prior sanction from the competent authority as envisaged under Section 6 of the J&K Prevention of Corruption Act, 2006.
“Now, the Anti-Corruption Bureau will prepare charge-sheet and produce the challan in the court, which will frame the charges to pave the way for start of formal trial”, sources said, adding “had over five years time not been consumed in completion of investigation and prosecution sanction was granted in the shortest possible time-frame trial would have commenced in the court so far”.
“It is due to delay on both these aspects that accused Government servants and beneficiaries of the illegal appointments have remained unpunished till date”, sources said while stressing that investigation in such cases should be completed as expeditiously as possible so as to have deterrent effect.
The prosecution sanction has been granted against Abdul Rashid Shah, the then Executive Officer Municipal Committee Hajin and Imtiyaz Ahmad Bhat, the then Establishment Incharge. The other persons, who will also be prosecuted included the then President of Municipal Committee Hajin Imtiyaz Ahmad Parray.