E-Paper
Home National A day after being flagged off, Vande Bharat Express runs into... 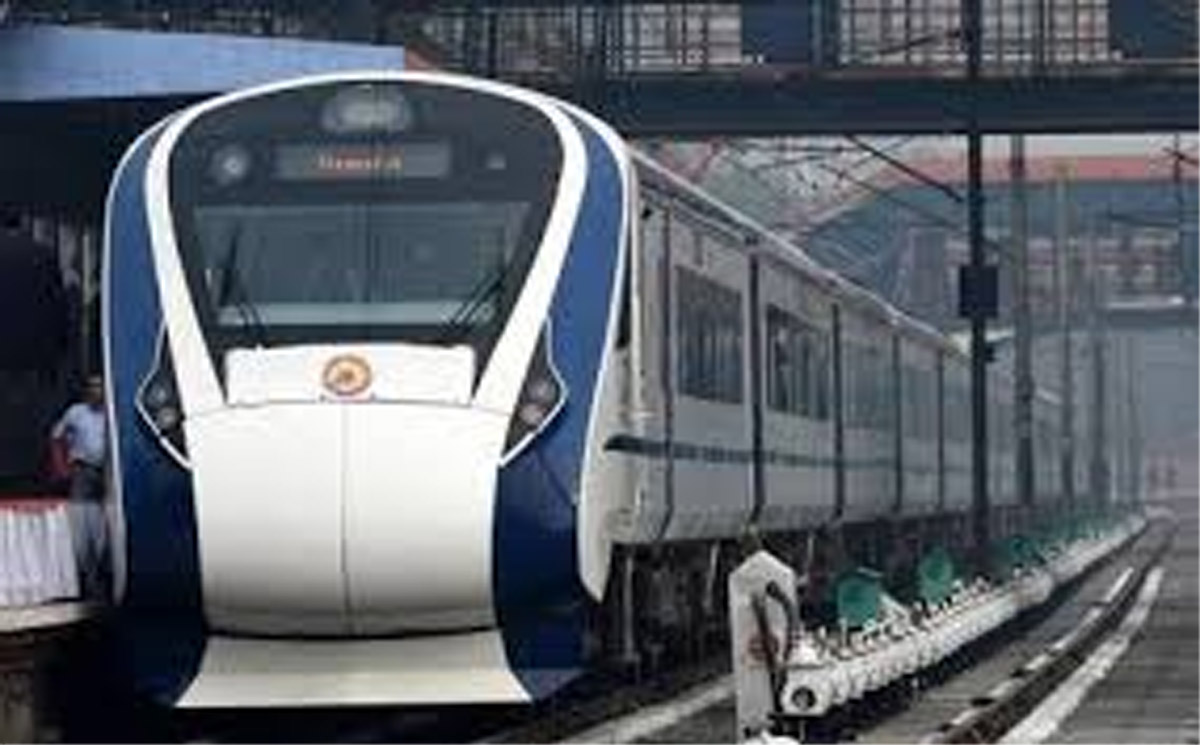 NEW DELHI, Feb 16: A day after being flagged off by Prime Minister Narendra Modi, India’s first semi-high speed train, Vande Bharat Express, ran into some trouble early Saturday while returning to Delhi from Varanasi.
The train reached Delhi around 1 pm on Saturday and is scheduled to begin its first commercial run on Sunday with all tickets already sold out.
While officials said the problem was caused by “skidding wheels”, those on board the train claimed it was a case of malfunctioning of brakes.
Train 18, which was recently rechristened Vande Bharat Express, had left Varanasi Junction for Delhi at 10:30 pm Friday, nearly 45 minutes after reaching the holy city on its inaugural journey. The first breakdown occurred around 15 kilometres from Tundla junction in Uttar Pradesh around 6:30 am. “It was a case of skidding wheels after the train ran over cattle,” Northern Railway CPRO Deepak Kumar had said in the morning.

According to sources, including several journalists on board the train, it was stuck near Tundla for over an hour.

They said before the train came to a halt, its end coaches started making a rattling sound.

“There was some smell in the last four coaches which had no power. Also some smoke was noticed. Loco pilots decreased the speed for some time. I heard the officials talking about brake malfunction,” a source on the train said.

Around 8:15 am, the engineers fixed the problem and the train started moving at 10 kmph which was increased to 40 kmph after some time. Then the reporters and officials on board were transferred to another train bound for Delhi.

However, around 8:55 am the Vande Bharat express again came to a halt. After necessary repairs it started the last leg of the journey towards Delhi at a speed of over 100 kmph, officials here said.

“This disruption appears to be because of a possible cattle run over. The train was returning at night and cattle run over is a possibility at odd times,” maintained Railway spokesperson Smita Vats Sharma.

CPI(M) General Secretary Sitaram Yechury took to Twitter to hit out at the NDA government saying, “This train is the best example of the performance of Modi govt. A lot of hype and PR when the reality is a total disaster (sic).”

Train 18 has been manufactured by the Integral Coach Factory, Chennai, was flagged off by Prime Minister Narendra Modi on February 15. It became India’s fastest train by hitting speeds of over 180 kmph during a trial run on a section of the Delhi-Mumbai Rajdhani route. (PTI)