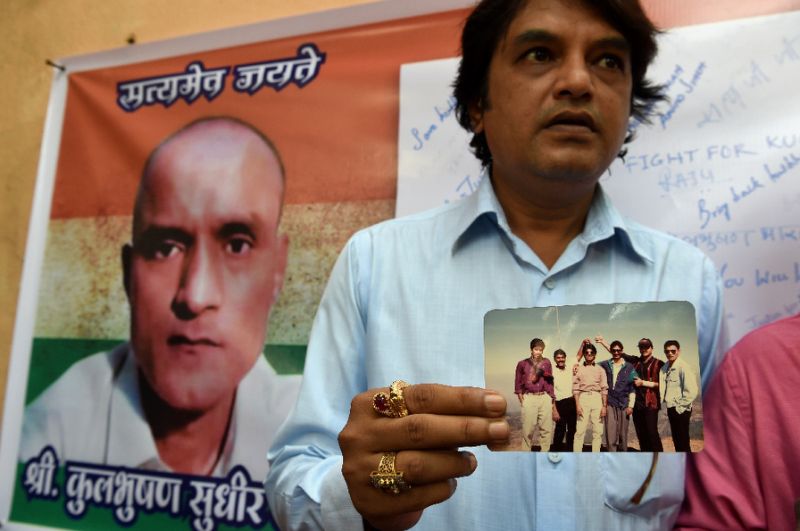 THE HAGUE, Feb 16:
India will ask the UN’s top court Monday to order Pakistan to take an alleged Indian spy off death row, in a case that could stoke fresh tensions after a deadly attack in Kashmir.
Kulbhushan Sudhir Jadhav was arrested in the restive southwestern Pakistani province of Baluchistan in March 2016 on charges of espionage and sentenced to death by a military court.
The International Court of Justice urgently ordered Pakistan in 2017 to stay the execution of Jadhav, pending hearings on the broader Indian case that take place this week in The Hague.
The rare foray into the international courts for the nuclear-armed rivals could be another flashpoint after Thursday’s suicide bombing in Indian-administered Kashmir that killed 41 troops.
New Delhi’s lawyers will present their arguments on Monday to the court, which was set up after World War II to resolve international disputes, followed by Pakistan’s on Tuesday.
Jadhav, a former Indian navy officer, was accused of working for the Indian intelligence services in the province bordering Afghanistan, where Islamabad has long accused India of backing separatist rebels.
After a closed trial he was sentenced to death by a Pakistani military court on April 10, 2017, on charges of “espionage, sabotage and terrorism”.
India insists Jadhav was not a spy, and that he was kidnapped in Pakistan. New Delhi in court documents is asking that the ICJ order Islamabad to annul the sentence.
It accused Islamabad of violating the Vienna Convention by failing to provide him with consular access, as well as breaking human rights law.
If Pakistan is unable to quash Jadhav’s death sentence, Islamabad should be found in violation of international law and treaties, and be told to “release the convicted Indian national forthwith”, India said.
India accused Pakistan in 2017 of harassing Jadhav’s family during a visit, saying their meeting was held in an “atmosphere of coercion”.
Islamabad reacted coolly to the ICJ’s urgent order to stay Jadhav’s execution at the time, saying it “has not changed the status of commander Jadhav’s case in any manner”.
The ICJ’s decision will likely come months after this week’s hearings. The last time India and Pakistan took a dispute to the ICJ was in 1999 when Islamabad protested at the downing of a Pakistani navy plane that killed 16 people.
The tribunal decided that it was not competent to rule in the dispute and closed the case. (AGENCIES)