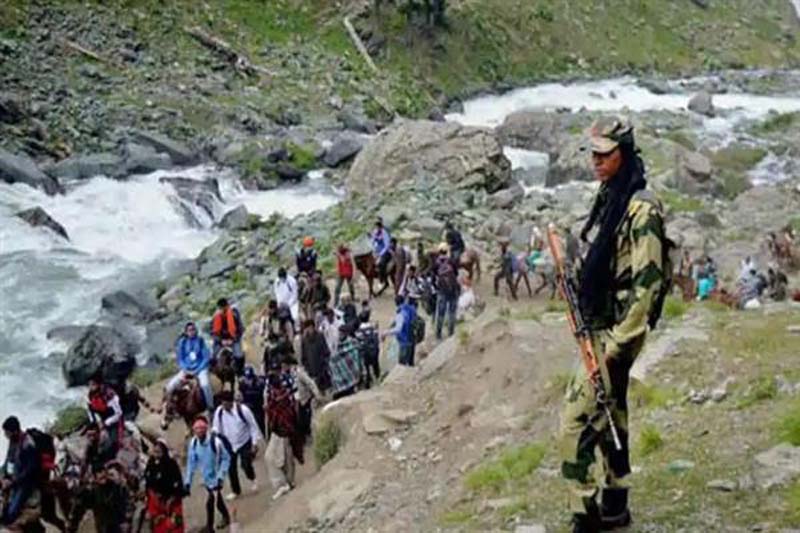 Meanwhile, a fresh batch of 7993 pilgrims on Sunday left for the Shri Amarnath Cave Shrine in South of Himalayas amid “Bam Bam Bhole” chants and rains from Yatri Niwas, Bhagwati Nagar base camp, Jammu.

An official spokesperson said on the 14th day of the yatra since commencement of annual pilgrimage, about 8,734 pilgrims, including women and Sadhus have darshan of the self made Ice Shivlingam on Sunday. (AGENCIES)