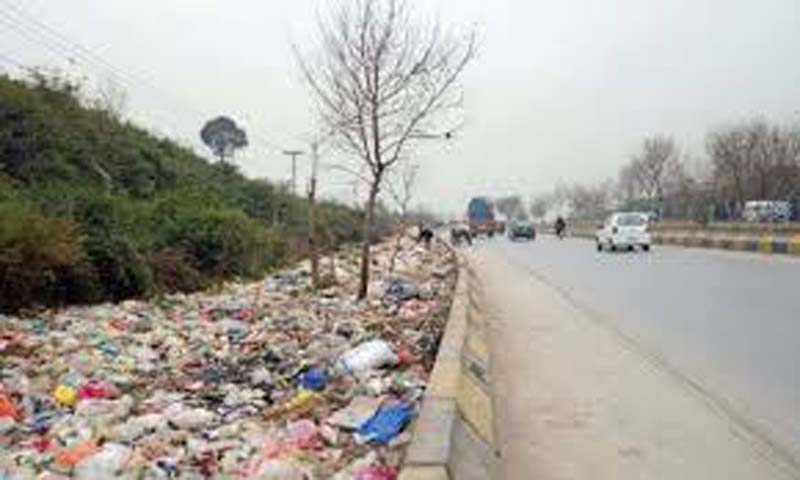 Suhail Bhat
PULWAMA, July 29: After wasting eight years to attract bidders for the establishment of a waste management unit in South Kashmir’s Pulwama district the authorities are mulling to relocate the proposed site.
The decision came after a Police Academy opposed the move citing health concerns of trainees. The academy approached the Government who banned the “dumping by way of landfilling” and directed the local administration to find alternative land for the purpose. Besides the Academy, the site is in close proximity to the proposed campus of All India Institute of Medical Sciences.
In 2011, the Government identified sprawling 90 kanals of land for the establishment of the unit at Lethpora area of the district. The plan was to extend the Central Government’s Swachh Bharat Mission to the Valley, but the project failed to kick start owing to the poor response from bidders. “The cluster project was framed by the Government to deal with the garbage of the district and land was identified by the Government at Lethpora for which tenders have been floated at least thrice. So far we have received no response,” Mushtaq Ahmad, Executive Officer, Pulwama at Municipal Committee Pulwama said.
The documents, however, suggested that the poor response was due to lack of Environmental Impact Assessment and concession agreement. “Despite conducting three pre-bid meetings with the intended bidders to address their concerns, no response has been received to the RFP. The reasons for non- participation: No concession agreement and EIA study not conducted,” a document read.
Another reason for overstretching the project was the lack of expertise within the State. “We could not find local bidders who can handle the project and the security concerns discourage outside bidders,” Fayaz Ahmad, an employee at the Urban Local bodies said, adding that the project has 35% financial assistance from the Centre and would be conducted under the Private-Public Partnership mode.
With the total project cost of over Rs 20-crores, the project would treat nearly 69.3 metric tons garbage generated by four Municipalities-Pampore, Tral, Awantipora, Pulwama and Khrew- every day. The establishment of the unit would bring in environmentally friendly waste management techniques to save the pristine environs of the district.
Several areas are reeling under a blanket of unwanted waste causing a nuisance to the residents as lack of proper waste treatment has badly affected the sanitation of the district.
Residents of several areas said due to the lack of a proper dumping site, roadside and stream banks are covered with litter piles which are causing a threat to the environment and at the same time may lead to diseases. Polythene and other wastes are being thrown into roadsides and health institutes, which is posing health threats. “The Government should introduce a scientific mechanism to recycle the domestic waste to reduce the risk of any disease, “a local said.
He added with the growth of population and increased commercial and industrial activity the problem of the waste disposal is becoming more intense but authorities were doing nothing to tackle the issue. “Tons of garbage is produced daily in the entire Pulwama and our workers diligently work to collect the waste”, he said.