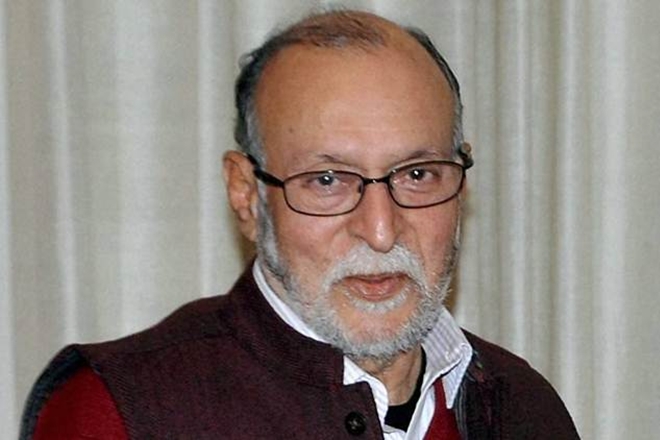 NEW DELHI: The AAP Government today launched a fresh attack on Lt Governor Anil Baijal after the he held a meeting on the status of CCTV camera installation in the city, dubbing his actions “illegal” and said he should follow the Constitution and not be a “dictator”.

“LG shud respect and follow the constitution (sic),” Chief Minister Kejriwal tweeted while his Deputy Manish Sisodia said the LG should not attempt to run a parallel government as he does not have any power to call a meeting on issues which are under the government’s domain.

Their reaction come hours after the L-G held a meeting on law and order where the current status of CCTV cameras installation, a pre-poll promise of AAP, was taken up. In a tweet, Baijal said he had directed authorities concerned to have an inter-agency group to formulate Standing Operating Procedure (SOP) for uniformity in installation.
“Chaired law & order meeting on current status of CCTV cameras in Delhi, including their O&M issues. Directed to have an inter-agency group to formulate a SOP to have uniformity in installation & address issues of privacy, security, feed-sharing, integration & optimum utilisation (sic),” the L-G tweeted.

The meeting was attended by Chief Secretary Anshu Prakash, Police Commissioner Amulya Patnaik and senior officers.
But the L-G’s move did not go down well with the Kejriwal government.
“LG sir, pl don’t be a dictator. This is attempt to run parallel govt in Delhi. Its illegal. U don’t hv power to call meeting on issues under elected govt’s domain,” Sisodia tweeted.
“Under Constitution! u can ONLY express difference of opinion on decision of elected govt. Pl respect the Const (sic),” he said.The AAP government is in the process of implementing the CCTV scheme in the national capital.

The L-G and the AAP dispensation have had almost daily run-ins with the latter accusing him of encroaching on its powers.
In February this year, Kejriwal had expressed hope that the Supreme Court, which is seized of the matter regarding administrative control over Delhi, will deliver the judgement in his government’s favour. (AGENCIES)