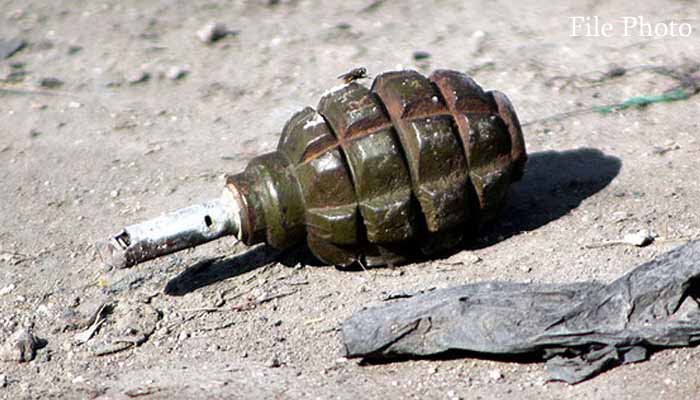 Excelsior Correspondent
Srinagar, Oct 26: A woman was among the six civilians injured in a grenade explosion in Sumbal area of north Kashmir’s Bandipora district today.

Click here to watch video
Police said that a grenade explosion took place at bus stand in Sumbal area of Bandipora in the morning, injuring six people including a woman.
He said that the militants may have intended to throw a grenade at the Army convoy that was passing there by at the time. “The injured were shifted to Community Health Centre Sumbal where four of them were referred to SKIMS Hospital Srinagar for further treatment,” he said.
The injured have been identified as Mushtaq Ahmad Bhat of Safapora, Tasleema wife of Abdul Hameed Malla of Markundal, Faroz Ahmad son of Bashir Ahmad, Mohammad Altaf of Maloora, Faisal Ahmad of Safapora and Abdul Hameed Malla.
Police have registered a case and are investigating.