NEW DELHI, Oct 26: Union Health Minister Mansukh Mandaviya on Tuesday said two container-based mobile hospitals with all healthcare facilities will be established under the PM Ayushman Bharat Health Infrastructure Mission which could be rushed to any place in case of an emergency.
He said these containers with a capacity of about 100 beds each will be placed in Delhi and Chennai, adding that they can be airlifted or taken by trains to the place of emergency.
“This is happening in South Asia for the second time that two containers will be kept ready in the country in which all the facilities related to the hospital will be there,” he noted.
The minister stated that the central government has taken a “total” not “token” approach in healthcare, adding that COVID-19 pandemic has given an opportunity to improve the health infrastructure and for that PM Ayushman Bharat Health Infrastructure Mission has been launched with an investment of Rs 64,000 crore.
On giving WHO’s emergency use listing (EUL) to Covaxin, he said the world health body has a system in which there is a technical committee which has approved Covaxin, and now it has moved to another committee for evaluation.
“The other committee is meeting on Tuesday. The approval for Covaxin will be given on the basis of this meeting,” he stated.
On the sidelines of the briefing, he said he is hopeful that the approval will be given.
In response to a question, Mandaviya said pricing of children’s vaccine ZyCoV-D’s is under discussion.
Asked about new COVID19 variant AY.4.2, he said Indian Council of Medical Research (ICMR) and National Centre for Disease Control (NCDC) teams are studying and analysing different variants of the infection.
Addressing a press conference, the health minister also said that about 79,415 health and wellness centres have been operationalised in the country out of the planned 1.5 lakh such centres.
He said there should be good laboratories at all levels– be it district or national level.
Mandaviya added that the PM Ayushman Bharat Health Infrastructure Mission is such an “important scheme that the average expenditure of Rs 90 to Rs 100 crore in a district will be spent on health infrastructure due to which we will be able to fight any disaster in the coming time”.
“Under this scheme, 134 types of tests will be done free of cost at the district level which is a big step,” he said.
The Pradhan Mantri Ayushman Bharat Health Infrastructure Mission is one of the largest pan-India schemes for strengthening healthcare infrastructure across the country. It is in addition to the National Health Mission.
Its objective is to fill gaps in public health infrastructure, especially in critical care facilities and primary care in both urban and rural areas. It will provide support for 17,788 rural health and wellness centres in 10 high focus states. Further, 11,024 urban health and wellness centres will be established in all the states.
Through this, critical care services will be available in all the districts of the country with more than five lakh population through exclusive critical care hospital blocks, while the remaining districts will be covered through referral services.
Elaborating on the scheme, Vikas Sheel, Additional Secretary and Mission Director, National Health Mission said the scheme aims to make India ready to effectively manage any future pandemics and health emergencies, and build new infrastructure and strengthen existing institutions and will build health infrastructure in each district.
He said the programme also aims to plug critical gaps for a holistic and comprehensive healthcare and pandemic response system. (PTI)
At district level, Sheel said the scheme aims to establish integrated public health labs in all 730 districts, while at state-level, five regional branches and 20 metropolitan units of NCDC will be established and at national level, NCDC will be strengthened.
He said to give comprehensive diagnostics and treatment facilities, 15 round-the-clock health emergency operation centres will be started at state level along with critical care hospital blocks in 12 government hospitals.
The official added that four new regional National Institutes for Virology will be operationalised and a National Institution for ‘One Health’ will be established. (PTI)

We are not here to regulate everything, says SC

Dengue cases in Delhi this year mount to over 8,200: Civic body 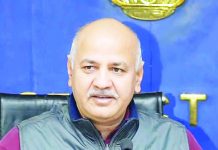 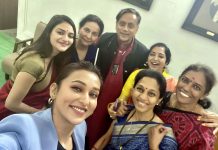