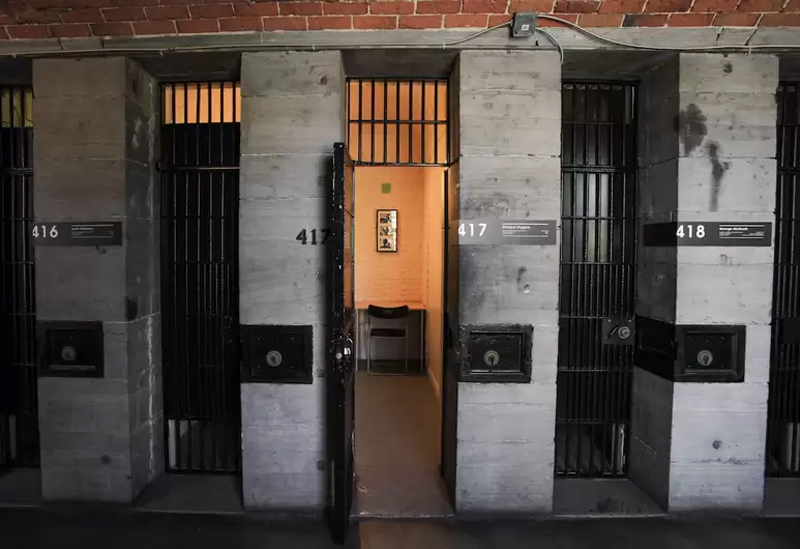 SRINAGAR, Dec 30 : The Government today released five political leaders, who were detained at Sub-Jail MLAs Hostel here for last around five months and were put under house arrest.
Those leaders who were released are senior PDP leader and former Minister Zahoor Ahmad Mir, former legislator Yasir Reshi and PDP leader Bashir Ahmad Mir, National Conference leader and former MLA Ganderbal Ishfaq Jabbar and NC leader Dr Ghulam Nabi Bhat. However, they have been put under house arrest and won’t be allowed to move out of their houses.
Earlier, this month, two leaders Hakeem Mohammad Yaseen and Mohammad Ashraf Mir were released and kept under house arrest. Last week, former Deputy Mayor of Srinagar Municipal Corporation (SMC), Sheikh Imran, was released from the Sub-Jail and his custody was taken by Anti Corruption Bureau (ACB). He has been given 10 days remand and is currently under detention in Kothi Bagh Police Station.
Twenty five political leaders, including Peoples Conference chairman Sajjad Lone, NC general secretary Ali Mohammad Sagar and Mubarak Gul, PDP leaders Nizam-ud-Din Bhat, Sartaj Madni, Nayeem Akhtar, Peer Mansoor and Khurshid Alam and former IAS officer turned politician Dr Shah Faesal, are still detained at MLA Hostel Sub-Jail.
Three former Chief Ministers, including Dr Farooq Abdullah, Omar Abdullah and Mehbooba Mufti are under detention since August 5. Abdullah is detained under PSA and his detention under PSA has been extended by three months.
Government last month sent a list of around 40 detainees booked under Public Safety Act (PSA) in August this year to the Union Home Ministry for consideration of their release.
The list of 40 detainees, booked under PSA and lodged in various jails outside Jammu and Kashmir since August this year, was sent to the Union Home Ministry for consideration of their release.
Around 450 persons are detained under PSA and majority of them are lodged in Uttar Pradesh and Haryana jails. They were mostly detained around August 5 when Articles 370 and 35A were scrapped and Jammu and Kashmir State was re-organised into Union Territories of Ladakh and Jammu and Kashmir.
However, no one was released from the Jail despite death of the Jamat-e-Islami leader, Ghulam Mohammad Bhat in UP jail.
However, one of the detainees under PSA Mubeen Shah was released on December 7 on health grounds from Agra following Supreme Court intervention.
A cancer patient Parvaiz Ahmad Pala of Kulgam was also released early this month after High Court quashed his detention under PSA and directed the Government to release him.