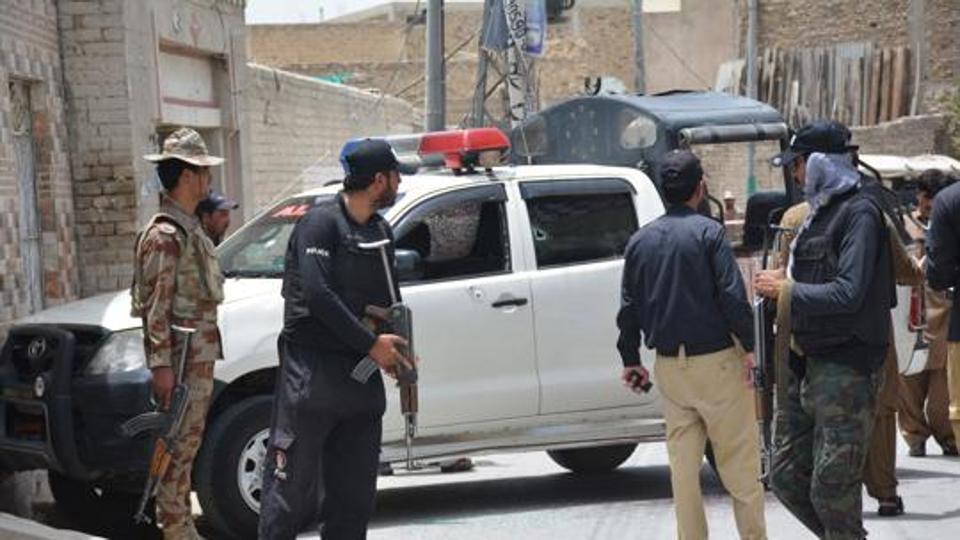 “The FC soldiers reacted swiftly as a result of which the two suicide bombers were killed in the firing,” the ISPR said.

Eight security personnel and one bystander were injured in the attack.

“It was a targeted attack on the security forces carried out by militants but due to the swift reaction of the FC soldiers there were no casualties,” Aslam Tareen, the Director-General of Civil Defence, told the media.

He said while one suicide bomber was killed immediately the other was able to detonate himself before being gunned down.