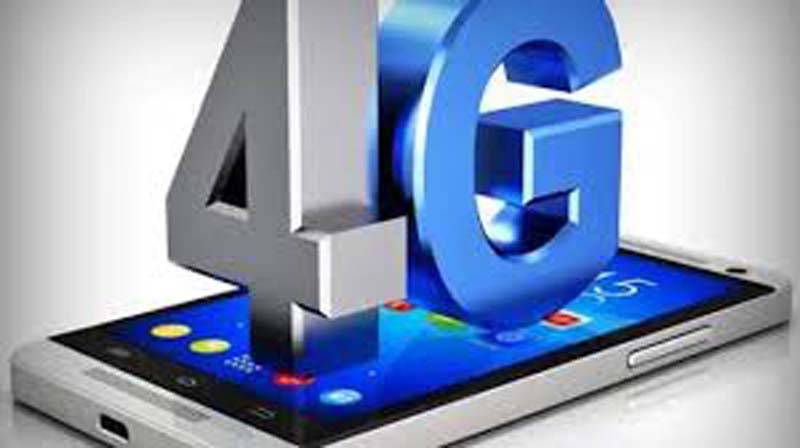 JAMMU, Aug 11: As threat perception on the security front continues to be high, a Special Committee headed by Union Home Secretary has decided to provide 4G internet access on a trial basis only in two districts of the Union Territory of Jammu and Kashmir with effect from August 15, 2020.

Click here to watch video
However, the impact of the trial would be assessed by the Union Territory level committee periodically but at least once in seven working days while as the Special Committee headed by Union Home Secretary would review the outcome of the trial after a period of two months or before that if so required.
This information has been provided to a bench of the Supreme Court comprising of Justice N V Ramana, Justice R Subhash Reddy and Justice B R Gavai, which after going through the affidavit filed by the Union Home Ministry said, “this is fairly good stand on the part of the respondents (Union Government and administration of Jammu and Kashmir Union Territory)”.
The two districts where 4G internet service will be restored will be named by the Government within a day or two.
The high-speed internet service in Jammu and Kashmir was suspended in the month of August last year when the Union Government announced revocation of its special status and bifurcation of the State into Union Territories of Jammu and Kashmir and Ladakh.
In the month of May this year, the Supreme Court had ruled that a high-powered committee to be headed by Secretary, Ministry of Home Affairs and comprising of Secretary, Ministry of Communication and Chief Secretary of Jammu and Kashmir Union Territory will look into the demand of restoration of 4G internet service.
In the month of June, Foundation for Media Professionals—Non-Governmental Organization (NGO) filed a contempt petition in the Supreme Court alleging non-compliance of the judgment and order passed on May 11, 2020.
In response to the contempt petition, Dharmendra Kumar, Deputy Secretary (Legal and Constitution) in the Union Ministry of Home Affairs today filed an affidavit in the Supreme Court mentioning that all directions issued by the Apex Court on May 11, 2020 have been fully complied with by the respondents.
“The Special Committee headed by Union Home Secretary has examined all the issues in detail by holding series of meetings till date”, the Deputy Secretary said in the affidavit, the copy of which is available with EXCELSIOR.
The Supreme Court was informed that Special Committee held its last meeting on August 10, 2020 and after considering the views expressed by the security agencies and the local agencies in the Union Territory of Jammu and Kashmir, the pros and cons of multiple options that are available were further considered keeping in mind the security of the nation, the border and public security.
“The Special Committee is of the considered view that the threat perception on the security front in Jammu and Kashmir continues to be high. Moreover, the internet speed related restrictions are not posing any hindrance to COVID-19 control measures, access to education programmes or carrying out business activities”, the Supreme Court was further informed.
The Apex Court was also informed that there is adequate access to internet through broadband services available over landline to business and healthcare institutions and the committee was of the considered view that given the current security scenario, both in Jammu and Kashmir divisions and in surrounding areas, the overall situation is still not conducive to lifting the limited restrictions on high-speed internet through mobile devices whilst allowing broadband and 2G across the board.
However, on trial basis and taking into consideration the option to try-out of opening up higher speed internet despite the current security scenario as reflected in the inputs of the security agencies, the Special Committee was of the view that the present situation could permit a carefully calibrated easing of some restrictions in limited and specified geographical areas which are comparatively less sensitive from a national security, internal security, border security and public order standpoint, subject to strict monitoring and periodical review.
Accordingly, the Special Committee has decided to provide 4G internet service for the present to one district each of Jammu division and Kashmir division so that both regions of the UT are covered, the Supreme Court was informed. Keeping in view the heightened threat perception, these relaxations would come into effect from August 15, 2020.
“Any opening on a trial basis should not be in any area adjoining the International Border or Line of Control. Moreover, the area should have low intensity of terrorist activities and minimal spill-over effects on neighbouring areas”, the Special Committee has decided.
The impact of the trial would be assessed by the UT level committee periodically but at least once in seven working days and the Special Committee will review the outcome of the trial after a period of two months or before that if so required.
Stating that each and every relevant factor has been weighed, the affidavit read: “by no stretch of imagination can it be suggested that the Special Committee or the Union Government has shown any wilful disobedience of any judgment”.