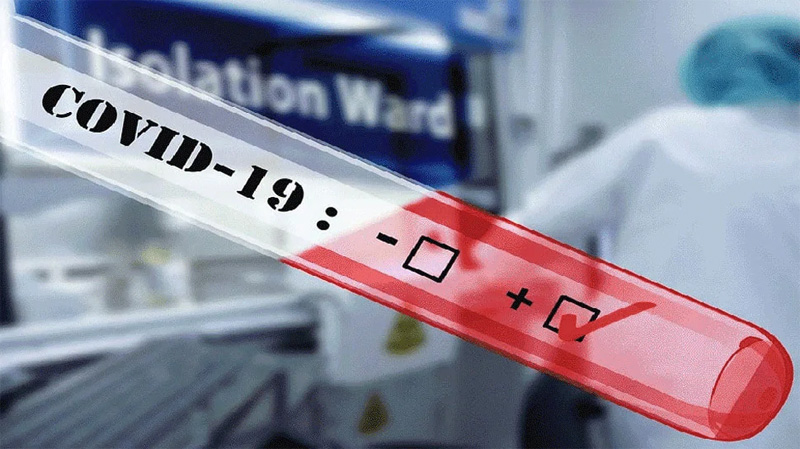 Excelsior Correspondent
JAMMU, Sept 22: Jammu region recorded seven more Corona deaths, four of them women and 736 new cases, 253 in Jammu district alone including nine doctors, an AEE, 12 members of a family, eight BSF jawans, number of police personnel and Bank staffers while a record number of 880 patients recovered today even as a follow up of the Central team’s visit, the Government Medical College (GMC) Jammu administration today started regular round by the senior faculty members in all COVID Wards of the hospital.
Of seven Corona fatalities, five alone were reported from Jammu district including Bishnah, Muthi, Purani Mandi, Talab Tillo and Gandhi Nagar, three of whom were women. All of them were aged between 65 to 80 and were co-morbid with positive for Coronavirus.
Two casualties were reported from Malnai and Bhalla in Bhaderwah tehsil of Doda district including a 60-year-old woman and 75-year-od man, both of whom were undergoing treatment for ailments and COVID-19 in the GMC Doda.
The GMC administration today started regular rounds by the senior faculty members in Isolation Wards where Corona positive patients have been admitted. Earlier, the COVID positive patients were being examined only by the junior doctors.
The administration has also initiated the process for fresh appointment of doctors and Nurses in the GMC Jammu while the staff of all the District Magistrates of Jammu region has started daily monitoring of the positive patients who were in home isolation.
The patients in home isolation are being shortly provided with Oximeters and oxygen.
These decisions were conveyed by the UT Government to Union Minister of State in the Prime Minister’s Office (PMO) Dr Jitendra Singh during review of COVID situation in Jammu today.
Meanwhile, 253 persons today tested positive for pathogen in Jammu district, 222 of them locals, including nine more doctors posted in different hospitals. Also, 174 persons reported positive during Rapid Antigen Testing (RAT) in Jammu district including four in Bishnah, eight Dansal, 11 Kot Bhalwal, 15 Marh, one Pallanwalla and three RS Pura.
Twelve members of a family in Tikri, an AEE, four Jammu and Kashmir Bank employees, one each from Grameen Bank and SBI Life, seven workers of Gammon construction company, one Patwari, a Forest official, three security personnel and a pregnant woman were among 64 persons who tested positive in Udhampur district.
A Consultant Surgeon of the District Hospital Ramban was among 35 persons who reported positive for the virus in the district, Chief Medical Officer (CMO) Dr Mohammad Fareed Bhat said.
Among 73 Corona positive cases in Poonch district, eight were BSF jawans of 183 battalion headquartered at Mandi and three Jammu and Kashmir Armed Police (JKAP) men of 6th battalion stationed at Mendhar, SSP Poonch Ramesh Angral said.
Kathua district reported 41 new Corona cases including a police personnel each from Billawar Police Station and District Police Lines (DPL), an official of District Jail Kathua and an employee of the SBI Kathua, District Magistrate OP Bhagat said.
Seventy nine new cases were reported in Rajouri district including 36 from Rajouri town, 11 Darhal, seven each Thanna Mandi and Sunderbani, five Kandi, three each Manjakote and Nowshera and two Kalakote.
Among 880 persons who today recovered from COVID-19, 503 belonged to Jammu district alone followed by 107 Udhampur, 66 Poonch, 58 Reasi, 50 Kishtwar, 37 Kathua, 26 Rajouri, 23 Ramban and 10 Doda.
Jammu region now has 24202 Corona cases including 12492 active positives while there have been 11457 recoveries and 253 deaths.
The Union Territory of Ladakh today reported 55 new Corona cases-41 in Leh and 14 in Kargil district taking total cases to 3887. There were 1028 active cases as 2809 have recovered from the virus while there were 50 Corona casualties-21 in Leh and 29 in Kargil district.