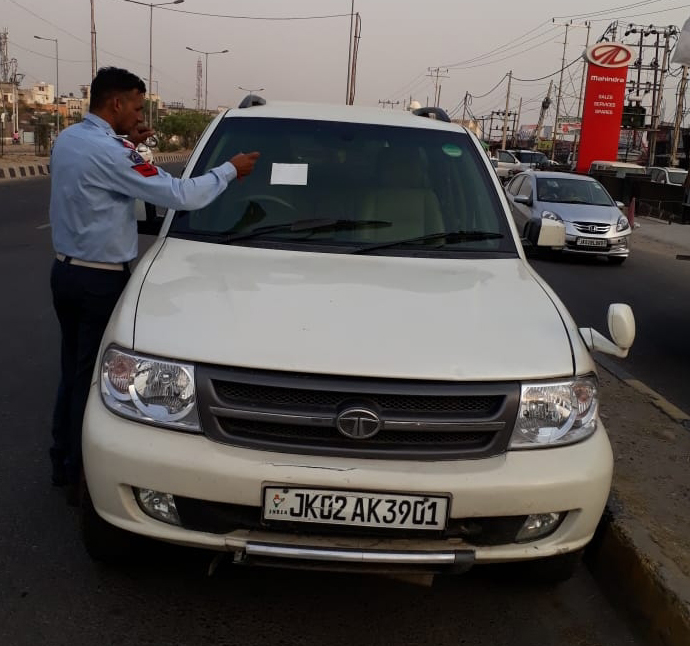 JAMMU, May 30: Today a special drive was conducted in City South jurisdiction by DySP Traffic City South Jammu Raj Paul Singh under the supervision of SSP Traffic City  Jammu Joginder Singh to ensure effective traffic management  in the area.
During the special drive,  20 four wheelers and 15 two wheelers have been lifted/seized,which were found wrongly parked on either side of the roads under relevant provisions of M.V. Act and brought to TPL City Jammu for safe custody.
Moreover,action against other visible offences has been taken on spot and 35 vehicles were challaned. The aim and motive behind such drive was to check the meance of wrong parking on the roads causing impediment in free flow of traffic as well as to ascertain whether the operators of different type of vehicles plying on the roads possess valid driving license/other allied documents.
“Such type of special drives shall be carried out by the Traffic Police City Jammu in future also to maintain effectiveness and to curb the meance of traffic violations under M.V. Act,” a handout said.