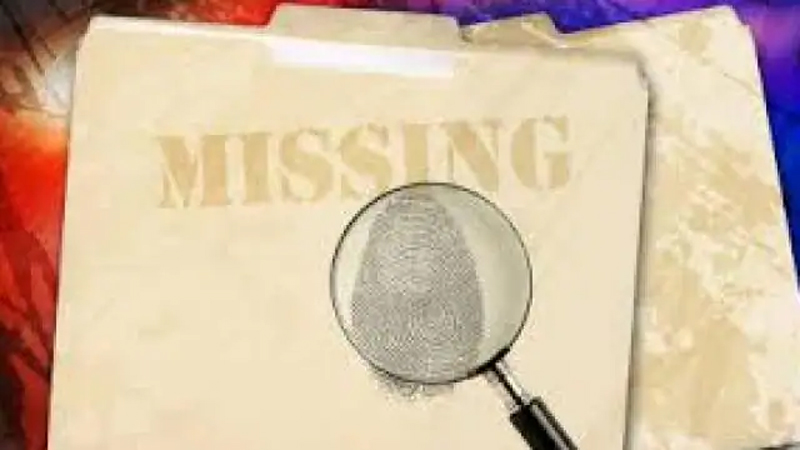 Gopal Sharma
JAMMU, Jan 17: A boy died after he came under a snow-slide in remote and mountainous Marwah area of Kishtwar and three members of a family from Lucknow went missing in Ramban area while travelling to Kashmir in a light motor vehicle even as Jammu-Srinagar National Highway was blocked due to massive landslide near Ramban tonight.
Fresh snowfall in parts of Kashmir led to a dip in the maximum temperatures but overnight cloud cover has resulted in higher than expected minimum temperatures across the Valley.
The winter capital Jammu today recorded very low day temperature, about 8 degrees below normal as entire region continued to remain under severe cold wave.

Click here to watch video
Light to moderate snowfall was reported from many places in north Kashmir, including Lolab, Kupwara, Sopore and Baramulla today. Some parts of Srinagar witnessed sleet, a mixture of snow and rain — very briefly. The precipitation has resulted in the mercury falling during the day.
A senior Traffic police official said that due to massive land slide at Seri near Ramban at around 8.50 pm tonight, the Jammu-Srinagar National Highway was closed. He said the machines were engaged at work but there were bleak chances of road clearance during night.
He further said that earlier during the day, the highway remained blocked for nearly three hours between 2 pm to 5 pm due to landslides in Ramsu area. Mehar sliding zone also created disruptions in the movement of traffic several times during the day, he added.
Official sources told the Excelsior that three members of a family hailing from Lucknow in Uttar Pradesh including husband, wife and their son have gone missing from Ramsu area of Ramban while travelling from Jammu to Srinagar in a private vehicle.
They said as reported by the family members in Lucknow, a retired IOC officer, Mehmood Ali Khan (65), his wife Darakhshan (52) and their son -Shavez Khan (26), were travelling in a private car to Kashmir. They had lost contact with them in Ramsu area of Ramban at around 8 am on Friday when they had stuck due to landslides on Jammu-Srinagar highway. Since then there was no contact with the family. It is suspected that they might have met with some mishap on this highly danger highway.
SSP Ramban Mohita Sharma said that after receiving information from the family side in Lucknow and also through a Tweet, the police parties in Ramsu and Banihal areas have launched search operation.
“The relatives have said that after receiving the messages through WhatsApp about them getting stuck, there has however, been no communication with them for almost three days now. The police was also inquiring about their proposed places of stay during visit to Kashmir. No breakthrough could be made till late this evening,” she added.
Meanwhile, a 7-year old boy was killed after he came under snow slide at village Tiller in remote snow bound Marwah area of district Kishtwar last evening. The deceased Mutarib Shabir, son of Ahmed Lohar was standing near his house when a large mass of snow fell on him from a roof top killing him on the spot.
The SSP Ramban told that the search operation was launched after a family from Lucknow in Uttar Pradesh informed through social media that their relatives on way to Kashmir had gone incommunicado after purportedly ‘getting stuck at Ramsu area on Friday morning in the aftermath of a huge landslide along the highway.’
Reports from Srinagar said while night temperature continues to increase, weatherman today forecast light rains and snowfall Kashmir tonight.
A Meteorological Department official said that Srinagar recorded a low of 1.0 degree Celsius against last night’s minus 1.2 degree Celsius.
Kashmir is presently under the grip of 40-day long harshest period of winter, known locally as ‘Chillai Kalan, which started from December 21. It is followed by a 20-day long ‘Chillai Khurd’ and a 10-day-long ‘Chilla Bachha’.
Gulmarg recorded a low of minus 4.6 degree Celsius against minus 7.0 degree Celsius the previous night. The temperature was 3.1 degree Celsius above normal for this time of the year.
Pahalgam recorded a low of minus 3.6 degree Celsius against minus 5.4 degree Celsius last night. Qazigund recorded a low of minus 1.0 degree Celsius against minus 3.4 degree Celsius the previous night.
Kokernag recorded a low of minus 2.0 degree Celsius against minus 4.5 degree Celsius the previous night. Kupwara recorded a minimum of 0.5 degree Celsius against minus 2.1 degree Celsius the previous night.
Leh recorded a low of minus 13.1 degree Celsius against last night’s minus 15.2 degree Celsius while mercury at Kargil settled at minus 16.0 degree Celsius. Drass recorded a low of minus 16.2 degree Celsius against last night’s minus 17.4 degree Celsius.
Weatherman said that there was no forecast of any major rain or snow till the end of January in J&K.
“Due to a feeble Western Disturbance, weather is cloudy in J&K and Ladakh. Light rain (in plains of Jammu) and light snow in plains of Kashmir and light to moderate over higher reaches of J&K and Ladakh is likely during January 17(night) and 18th,” he said, adding, “Thereafter, another spell of light to moderate snow in J&K is likely during (21-22).”
He said there’s no forecast of any major rain/snow till ending January in both J&K and Lakdakh.