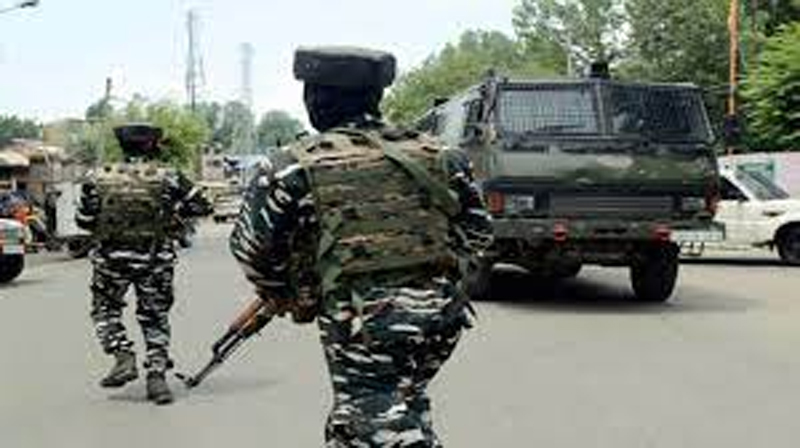 SRINAGAR, Sept 17: Security forces today solved a case related to migrant labourer’s killing by arresting three militants in Sadunara area of Hajin in Bandipora district.
Senior Superintendent of Police (SSP) Bandipora, Mohammad Zahid while addressing a press conference, said that on intervening night of August 11 and 12, a migrant labourer identified as Amrez Masoori of Bihar was shot dead by militants in Sadunara following which a formal case was registered and investigation was set into motion.

Click here to watch video
He said that during the course of investigation, various suspects were called and questioned and technical assistance was also brought into use.
“Eventually it was found that three local militants identified as Waseem Akram, Yawar Reyaz and Muzamil Sheikh—all residents of Sadunara were in touch with a LeT handler Baber, who is operating from Pakistan,” he said.
He said that Baber had instructed them to kill any non-local labourer to terrorize them in order to leave the Valley and carry out more such strikes in future to revive local militancy in Bandipora.
He further said that during the investigation, weapon of offence including one pistol along with a magazine and four live rounds, which were concealed by them, were also recovered.
“So far, Bandipora police along with security forces have been successful in eliminating three militants including one local and one foreigner,” he said, adding that nine hybrid militants have also been arrested so far and six OGW modules have been busted in the district
In the meantime, security forces recovered arms and ammunition in Hathlanga area of Uri in district Baramulla today.
A police spokesman said that on a specific input regarding presence of arms and ammunition in Hathlanga area of Uri, joint parties of police and 3rd Rajput of Army launched search operation in wee hours near Hathlanga area of Uri.
“During search, arms and ammunition including one AK-47 rifle, one AK magazine and 28 rounds of AK 47 were recovered from the area,” he said.
The spokesman said that a case under relevant sections of law has been registered in Police Station Uri and further investigation initiated.