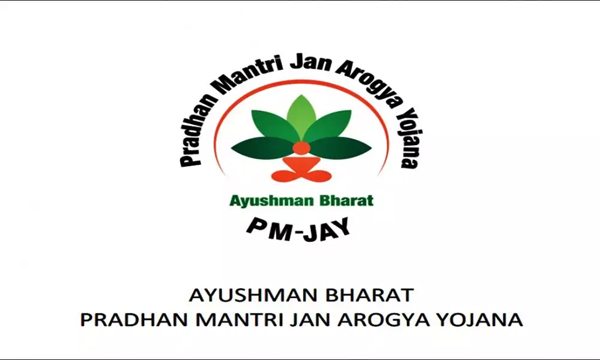 SRINAGAR, Sept 1: Shopian, Kulgam and Ganderbal districts have achieved 100 percent saturation under the AB PM-JAY SEHAT scheme.
The Ayushman Bharat Pradhan Mantri Jan Arogya Yojana scheme is the world’s largest health insurance scheme fully financed by the Government and provides a cover of Rs five lakh per family per year for secondary and tertiary care hospitalization, they said.
These districts achieved the milestone due to continuous efforts by district administration and special registration drives organized by the State Health Agency (SHA) aimed to cover all families under ABPMJAY SEHAT scheme in the district.
Chief Executive Officer SHA Ayushi Sudan complimented the districts and SHA officials for the achievement.
“This will inspire other districts also to join the league of 100% saturation districts. It is good to see our different strategies for cent percent Golden Card registrations are working, ” she said. ”
At least one member of every family in these districts have received Golden card”, she added
Notably, State Health Agency recently launched a citizen friendly facility for citizens to avail Golden cards in their comfort of their homes
The citizens visit the address Setu.pmjay.gov.in and register themselves and their families with details of ration card issued by the Food and Supply Department, J&K, and download their Golden cards.
The initiative has been taken to ensure all the citizens get golden cards which provides Rs 5 lakh health insurance cover.
Earlier also SHA recently rolled out ambitious door-to-door exercise to achieve 100 percent saturation under the Ayushman Bharat PMJAY SEHAT scheme.
Ayushman Bharat Pradhan Mantri Jan Arogya Yojana (AB-PMJAY) SEHAT has crossed a major milestone of providing 5 lakh free treatments to the citizens of J&K UT recently.
AB-PMJAY SEHAT Scheme has become a ray of hope for poor families who couldn’t afford health treatment at prestigious and well known medical institutes of the country.
Recently, a special initiative was launched for women and their families associated with JKRLM to provide them free treatment.
To provide much needed relief to the people of J&K, the SEHAT Scheme was launched in convergence with AB-PMJAY by Prime Minister Narendra Modi.
Ayushman Bharat Pradhan Mantri Jan Arogya Yojana (AB PM-JAY) SEHAT Scheme in Jammu and Kashmir provides health insurance cover of Rs 5 lakh per family per year to all the residents at empanelled hospitals. The scheme covers up to three days of pre-hospitalization and 15 days of post-hospitalization expenses including diagnostics and medicines.
Under the initiative of ‘Gaon Gaon Ayushman, SHA has also started ‘ to reach out to even last mile villages which remain cut off from the rest of the world due to adverse weather conditions so as to percolate the benefits of the scheme down to every beneficiary.