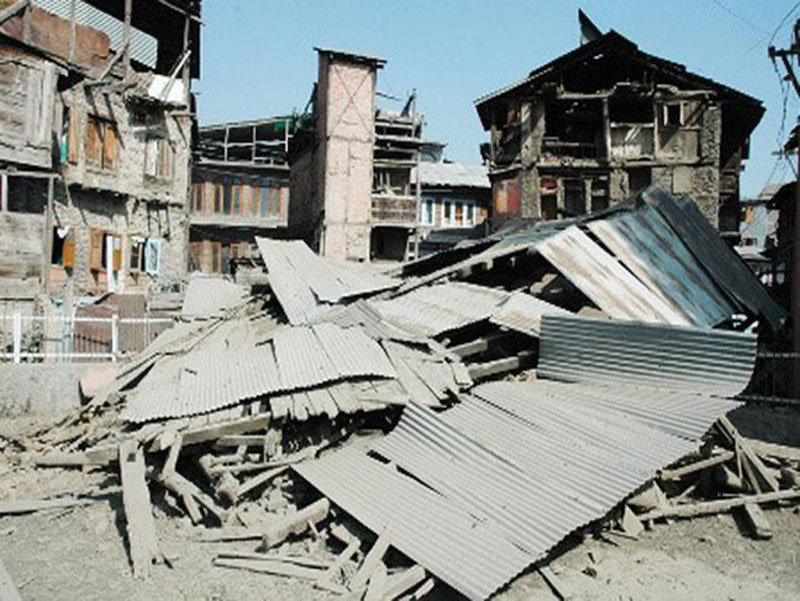 SRINAGAR, Sept 21: India and Pakistani troops exchanged heavy mortar shelling in Uri sector of North Kashmir’s Baramulla district last night in which two persons were injured and around 25 structures damaged.
The shelling took place last night when Pakistani troops targeted the forward posts in Hajipeer and Boniyar areas of Uri sector. The Indian troops retaliated leading to intense shelling from both the sides. The shells fell in the populated areas in both the sub-sectors.
At least 25 structures including residential houses and cow sheds were damaged in the mortar shelling in.the villages of Mothal, Hathlanaga, Silokote, Balkote, Tilawari, Churanda and Rustum. The shelling caused panic in these villages and as they are near the Line of Control (LoC) people couldn’t flee during the night.
A woman identified as Latifa Begum of Mothal and her 8-year old son were injured in the shelling. They were admitted to hospital and later discharged.
The shelling also took place in Torana area of Boniyar and shells fell in the villages of Chotali, Sumawali, Maidanan, Gagarhill and Banali. However, no damage was done in these villages but the shlelling caused panic.
Sub-District Magistrate Uri, Reyaz Ahmad Malik told Excelsior that the administration is ready for any eventuality. He said that they visited the affected areas and took stock of the situation. He said that people want to leave these villages.
“Administration has asked the people living in these areas that if need arises, arrangements have been made for them in Girls Higher Secondary School Uri, Boys Higher Secondary School Uri, Middle School Uri, Boys Higher Secondary School Boniyar and Forest Hut Boniyar”, he said.
The SDM said that there are arrangements of bedding and food ready for them in case they want to shift due to shelling. However, he said that there was no shelling today.
The shelling in Uri took place after around two weeks of calm. In Kamalkote area of Uri two persons including a soldier injured in Pakistani shelling on 8th of September’. The shells fell in the residential areas and over a dozen families fled the area. They have taken shelter with their relatives in Salamabad and Uri towns.