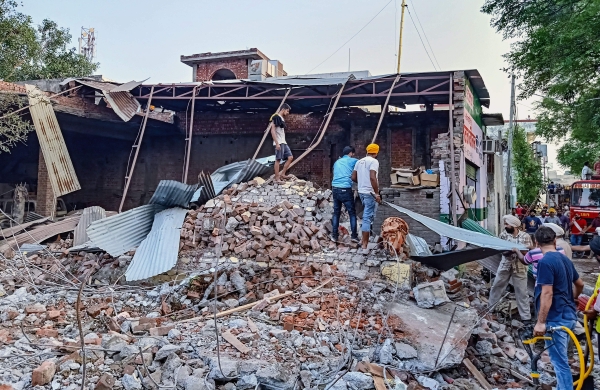 BATALA: Twenty-one people were killed while 27 injured in a blast at a firecracker factory in Batala of Gurdaspur district on Wednesday, an official said.

Several people were feared trapped under the debris, police said, adding that the rescue operation was underway.

Batala Senior Medical Officer Sanjiv Bhalla said, “A total of 21 people have died in the blast.”