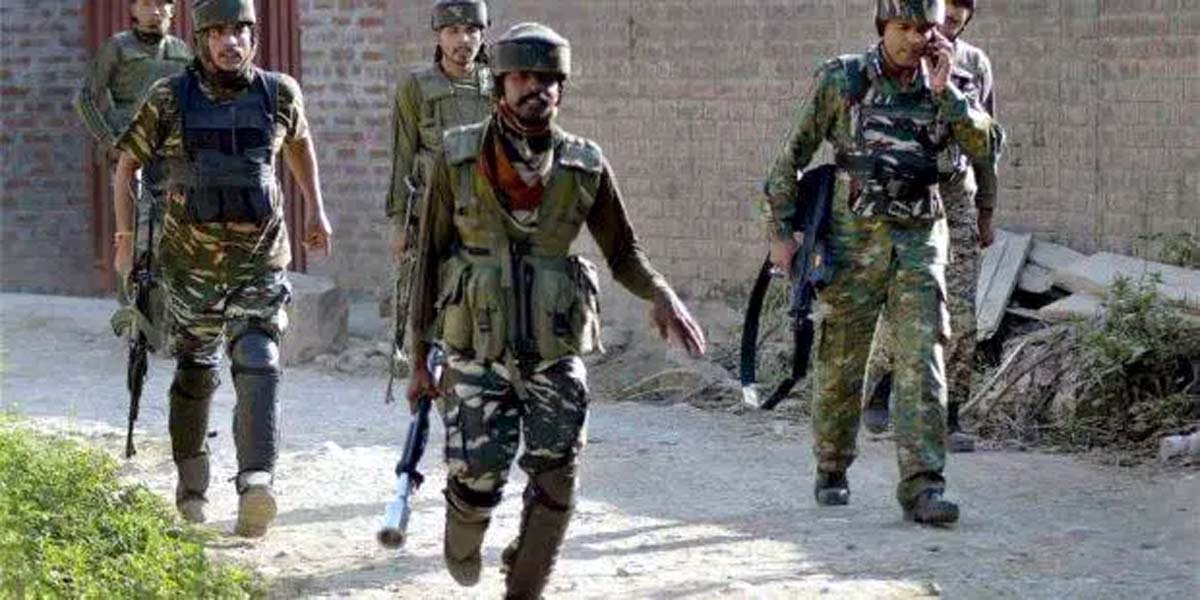 Excelsior Correspondent
SRINAGAR Jan 22: Two militants of The Resistance Front (TRF) were killed in a gunfight in Kilbal area of South Kashmir’s Shopian district today while security forces arrested one militant and an Over Ground Worker in two separate operations in the Valley.
Police, Army and CRPF launched a cordon and search operation after the input generated by Jammu and Kashir Police in Kilbal area of Shopian.
As the joint team of forces intensified searches towards the target spot, the hiding militants fired upon the security forces triggering an encounter.
In the ensuing encounter, two militants of TRF were killed and their bodies were retrieved from the site of the encounter.
They have been identified as Sameer Ahmad Shah son of Nazir Ahmad Shah, resident of Dhangam Shopian and Rayees Ahmad Mir son of Mohd Ashraf Mir Takiya of Wahgam Pulwama.
Click here to watch video
As per police records, both the killed militants were part of group involved in several militancy cases including attacks on security forces and civilians.
“Incriminating materials and arms and ammunition were recovered from the site of encounter. All the recovered materials have been taken into case records for further investigation”, Police said.
Police have registered a case under relevant Sections of law and investigation has been initiated.
Security forces today also arrested a militant associate of Jaish-e-Mohammad outfit along with a grenade in South Awantipora area of Pulwama district.
Awantipora Police along with Army 55 RR and CRPF 185 Bn arrested one militant associate of JeM from Awantipora area involved in providing shelter, support, logistics and assisting militants in their ferry from one place to another besides aiding in transporting arms/ammunition of militants, as well as passing sensitive information regarding movement of Police and Security forces to the militants of outfit JeM.
He has been identified as Umer Farooq Bhat son of Farooq Ahmad Bhat, resident of Renzipora Awantipora.
“Incriminating material including hand grenade has been recovered from the arrested militant associate. A case FIR number 07/2022 stands registered against the said arrested terror associate in Police Station Awantipora under relevant Sections of the law”, the spokesman said.
In another joint operation by Kupwara Police and Army’s 160 TA one OGW identified as Fareed Ahmad Chowhan son of Shamas Din Chowhan of Reshwari, Awoora Kupwara.
Police said that Fareed was moving in suspicious circumstances in the area when local people surrounded him and informed the police about it late last evening.
“During his personal search, a Chinese pistol was recovered from his possession. He has been taken into custody and a case under relevant provisions of law has been registered against him at PS Trehgam and investigation taken up”, police added.