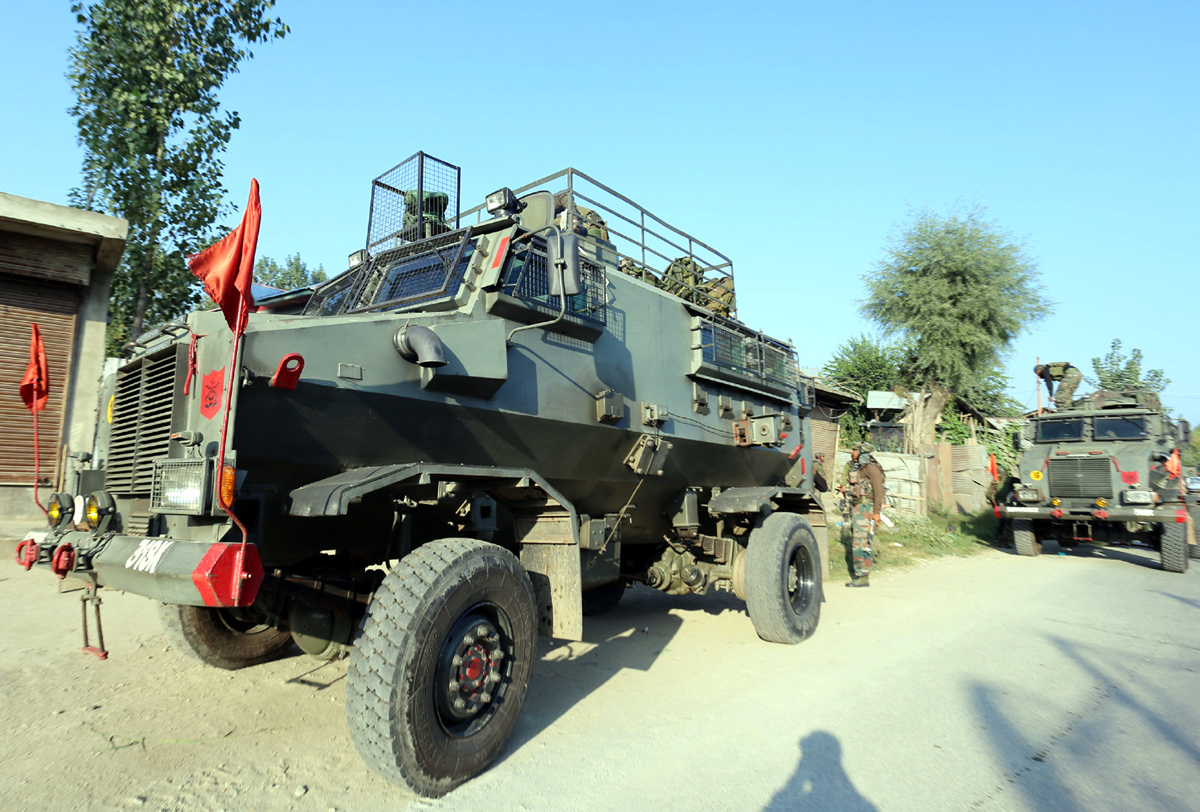 SRINAGAR, Sept 11: Two militants of Lashkar-e-Toiba (LeT) were killed in an encounter in Handwara area of North Kashmir’s Kupwara district today.
A gunfight broke out in Galoora area of Handwara in North Kashmir’s Kupwara district this morning after Army’s 30 RR, 92 battalion of CRPF and SOG cordoned off the area. The operation was launched in the village at around 2:30 am following specific information about the presence of some militants. Security forces fired several gunshots amid the cordon leading to an encounter.
Two militants were killed in the encounter and they have been identified as Furqan Rashid Lone alias Adil and Liyaqat Ahmad Lone alias Sahaba alias Umar Khalid.
Police said that Furqan Rashid Lone alias Adil son of Ab Rashid was a resident of Shartpora, Langate and was affiliated with LeT. “He was wanted in a number of criminal cases registered at Police Station Handwara: FIR No. 271/2016 U/S 148, 149, 307, 436, 332 RPC of Police Station Handwara; FIR No.334/2016 U/S 148,149,307,436, 332 RPC of Police Station Handwara and FIR No.357/2017 U/S 120RPC, 18 ULA of Police Station Handwara”, Police said.
“Liyaqat Ahmad Lone alias Sahaba alias Umar Khalid son of Gh Mohi-u-Din Lone was resident of Harwan, Sopore and was affiliated with proscribed terror outfit LeT. He had a long history of involvement in terror related activities and was wanted in a number of criminal cases FIR No. 45/2016 under Section 18b, 20 ULA of Police Station Bomai and FIR 81/2017 under Section 363, 376 RPC of Police Station Bomai regarding kidnapping and rape of a minor local girl”, police said.
“Liyaqat along with other LeT terrorists Gani Khawaja resident of Kralgund and Majid Mir resident of Nowpora Sopore is involved in case FIR No.70/2018 under Section 307 RPC, 7/27 Arms Act of Police Station Bomai regarding the murder of Hakim-ur-Rehman Sultani resident of Bomai on 08-09-2018”, police said.
Army’s 7-Sector Commander, Brigadier Dharm Raj Rai, told a news conference said that militants when challenged moved out of house and tried to hide in an orchard. “On being challenged they opened indiscriminate fire and lobbed two grenades on our party. In retaliatory fire by the soldiers, the two terrorists were gunned down. Two AK-47 rifles, six magazines and war like stores were recovered.
He said that youth joining militancy is not a new phenomenon. “Militancy has always been there in North Kashmir. LeT has always been there, some new recruits have joined LeT which is not a new phenomenon. Hizbul Mujahideen has very less presence in the area of responsibility of Handwara”, he said.
He added that the level of radicalization in North Kashmir is low. “The situation is much better in North Kashmir than South Kashmir. As of now the level of radicalization is low and the numbers of recruits in last and this year are very low. We are lucky and thankful to the people of North Kashmir who are choosing peace and are with us”, he said.
Meanwhile, authorities directed Telecom companies to snap internet services in parts of Handwara while as district administration Kupwara suspended class work today in GDC Handwara and all Higher Secondary Schools of Mawar and Langate Zones as a precautionary measure.
Militants fired three grenades at the Army camp housing 22 Rashtriya Rifles in Sopore today. One of the grenades exploded inside the camp and two others outside it without causing any damage. Security forces immediately cordoned off Batpora area of Sopore to nab the militants responsible for the attack. However, no one was arrested.
Militants this evening lobbed a grenade at Police Station Pattan in North Kashmir’s Baramulla district.
However, there was no report of any injury. Security forces cordoned off the area soon after the attack to nab the militants.