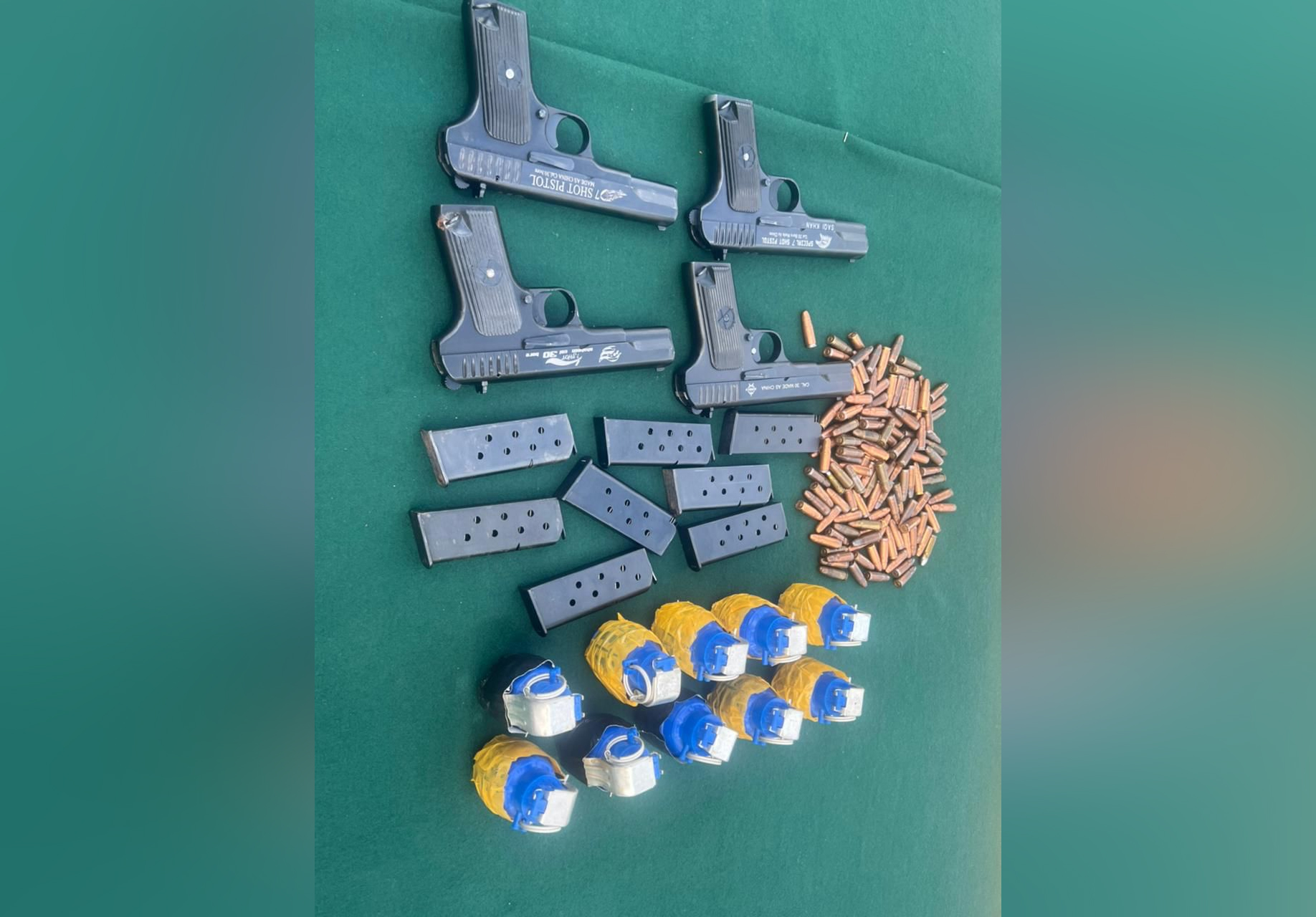 Srinagar, Jul 29: Security forces on Friday arrested two hybrid militants of Lashkar-e-Taiba (LeT) outfit in Kupwara district of Jammu and Kashmir and recovered arms and ammunition from their possession, police said.
Two hybrid terrorists identified as Talib Ahmad Sheikh of Laderwan, Kupwara and Shameem Ahmad of Kawadi Laderwan, Kupwara were arrested by police and Army, a police official said.
He said the terrorists were affiliated with LeT outfit.
Four pistols, eight pistol magazines, 130 pistol rounds and 10 hand grenades were recovered from their possession.
Hybrid terrorist is a term coined by security forces in Jammu and Kashmir to describe those ultras who carry out a subversive task assigned to them by their handlers before slipping back into normal life. (Agencies)