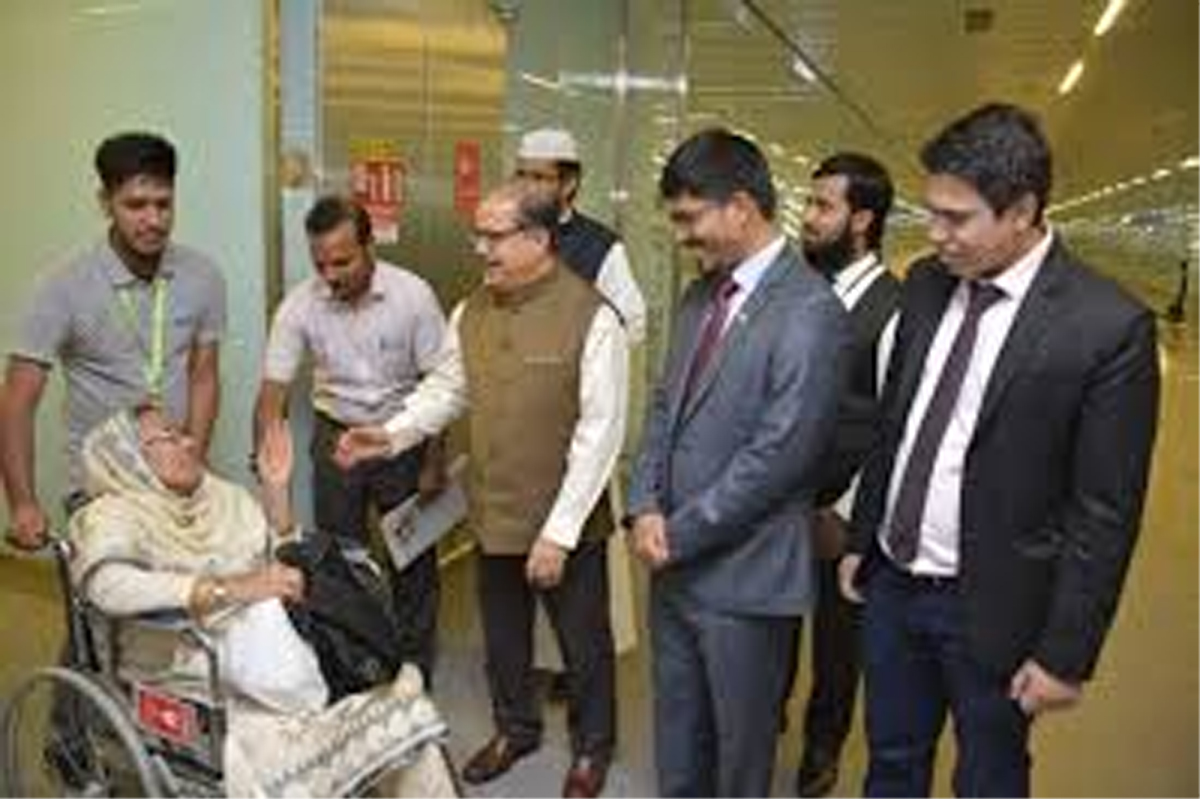 JEDDAH, July 5:The first group of 419 Indian pilgrims for the upcoming Haj have arrived in Saudi Arabia to perform the annual Islamic pilgrimage to Mecca, according to a media report.

In a significant step, Saudi Arabia increased India’s Haj quota from 170,000 to 200,000, paving the way for 30,000 more Indians to go for the annual Islamic pilgrimage to Mecca in the kingdom.

The first chartered plane that took off from New Delhi late Wednesday night carried 419 pilgrims, the report said on Thursday.

Officials of the Indian Haj Mission said all the pilgrims were in good health and were given accommodation close to the Prophet’s Mosque in the central area of Medina.

The pilgrims will stay in the Prophet’s City for eight days and will move to Makkah on July 12.

Out of a total of 1,40,000 people performing the pilgrimage under the aegis of the Haj Committee of India, about 63,000 will arrive in Medina by July 21 and the remaining 77,000 will arrive in Jeddah between July 20 and August 5, the report added.

The Haj will take place tentatively from August 8 to August 14.

An office is functioning round-the-clock at Medina airport to assist arriving Indian pilgrims.

Also, for the first time, the Haj Committee of India has put tags on the baggage of the pilgrims marking the building details along with the room number allotted to them, the report added.

Indian pilgrims landing in Jeddah will start moving to Medina from August 19 after performing the Haj.

They will then depart for their respective destinations in India from Prince Muhammad Airport in Medina after an eight-day stay in the Prophet’s City.

The pilgrims arriving in Medina will leave for home from Jeddah starting August 16. The departure phase will continue until September 14, the report said.

In Jeddah, the first Haj flight from India will arrive on July 20 from Ahmedabad.

However, pilgrims ferried by private tour operators started arriving in Jeddah on Thursday.

The Haj subsidy provided by the government was removed last year in the light of a Supreme Court order of 2012. (PTI)