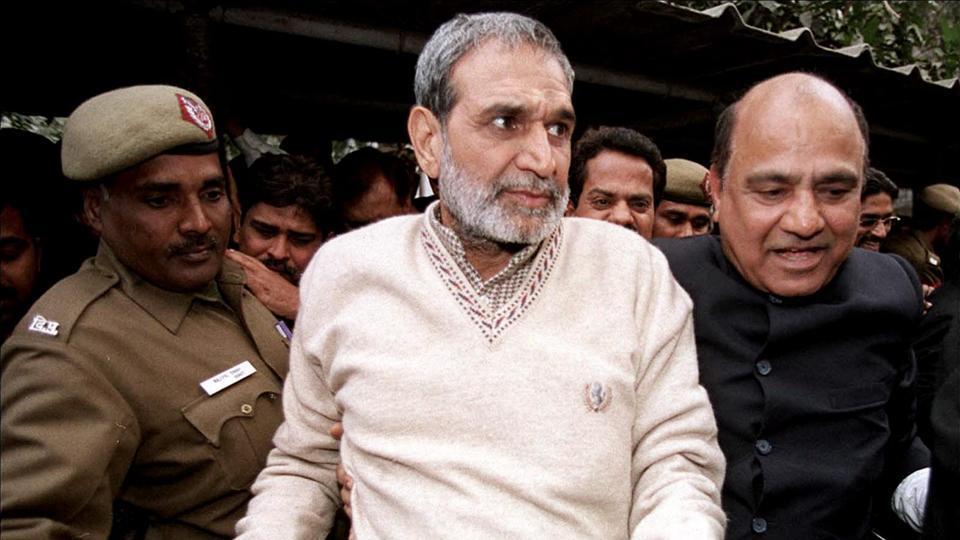 NEW DELHI, Mar 25: Supreme Court judge Justice Sanjiv Khanna Monday once again recused himself from hearing the appeal of former Congress leader Sajjan Kumar who has challenged the Delhi High Court verdict sentencing him to life term in a 1984 anti-Sikh riots case.
On February 25, Justice Khanna had recused himself from hearing Kumar’s appeal when he was sitting in a bench headed by Chief Justice Ranjan Gogoi.
The matter came up for hearing on Monday before a bench of Justices S A Bobde and Sanjiv Khanna.
The bench said the case would now come up for hearing after two weeks.
The case in which Kumar was convicted and sentenced relates to the killing of five Sikhs in Delhi Cantonment’s Raj Nagar Part-I area of southwest Delhi on November 1 and 2, 1984, and burning down of a Gurudwara in Raj Nagar Part-II.
Anti-Sikh riots had broken out after the assassination of then prime minister Indira Gandhi on October 31, 1984 by her two Sikh bodyguards.
73-year-old Kumar had surrendered before a trial court here on December 31, 2018, to serve the sentence in pursuance of the high court’s December 17 judgment awarding him life imprisonment for the “remainder of his natural life”.
After his conviction in the case, Kumar had resigned from the Congress party.
The CBI has recently told the apex court that Kumar’s plea seeking bail in the matter should be dismissed as he has a “large political clout” and is capable of “influencing or terrorising” witnesses in the case pending against him.
It has told the court that fair trial in the pending case would not be possible if Kumar is granted bail.
The top court had earlier admitted Kumar’s appeal for hearing and had also issued notice to the CBI on his bail plea seeking its response.
The high court had convicted and sentenced Kumar to spend the remainder of his life in jail for the offences of criminal conspiracy and abetment in commission of crimes of murder, promoting enmity between different groups on grounds of religion and doing acts prejudicial to maintenance of communal harmony and defiling and destruction of a Gurdwara.
It had also upheld the conviction and varying sentences awarded by a trial court to five others — former Congress councillor Balwan Khokhar, retired naval officer Captain Bhagmal, Girdhari Lal and ex-MLAs Mahender Yadav and Kishan Khokhar.
In its judgment, the high court had noted that over 2,700 Sikhs were killed in the national capital during the 1984 riots which was indeed a “carnage of unbelievable proportions”.
It had said the riots were a “crime against humanity” perpetrated by those who enjoyed “political patronage” and aided by an “indifferent” law enforcement agency.
The High Court had set aside the trial court’s 2010 verdict which had acquitted Kumar in the case. (PTI)