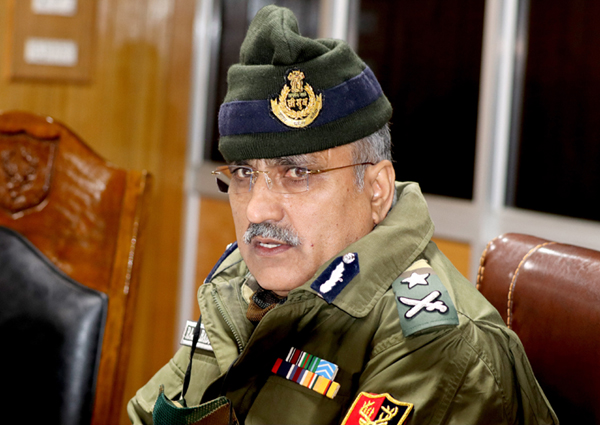 Srinagar, Jan 24: Inspector General of Border Security Forces (BSF), Kashmir frontier, Raja Babu Singh, today said that about 135 militants are present at launch pads across the Line of Control (LoC) and are ready to infiltrate into Kashmir.
“The overall scenario along the LoC is peaceful. Since the signing of the ceasefire agreement, there has been a general peace all along the LoC in the Kashmir frontier,” he told a press conference at BSF headquarters in Humhama here.
The IG BSF said that post ceasefire agreement in February last year, the situation has been peaceful on the LoC. “But our inputs suggest that there are 104 to 135 militants at the launch pads, who are ready to infiltrate into this side,” he added.
Singh said there is a lot of synergy between the Army and the BSF. “The more we conduct area dominations, keep watch and surveillance, the more difficult it will be for them to infiltrate. We are putting in all-out efforts so that no infiltration is allowed, that zero infiltration happens,” he said. Click here to watch video
“As and when anyone is spotted crossing the LoC, he is challenged and if firing is used, he is killed like the recent killing of a terrorist on January 2,” the IG BSF added.
The IG said there are also reports that some guides have crossed over to the other side of the LoC. “Their movement is being tracked and their families are under constant watch. The primary job of the guide is to bring groups of militants along,” he said.
Singh said that the situation at the LoC is peaceful due to ceasefire and the number of infiltration bids were lesser in 2021 in comparison to previous years
He said 58 infiltration attempts were made last year, in which five militants were killed, 21 fled back to the Pakistan occupied Kashmir and one surrendered.
“There have been reports that 31 infiltrated last year, 36 in 2020 and 130 in 2019,” he added.
“During 2021, the BSF successfully recovered or seized three AK-47 rifles, six nine-mm pistols, 1,071 ammunitions, 20 hand grenades, two IEDs and 17.3 kg of heroin – worth Rs 88 crore – in different operational incidents”, he said.
Asked about the Taliban threat, he said Taliban, “there is nothing like that till now, but we are keeping an eye on the developments”.
“Nothing concrete has come into notice so far, but we are keeping an eye on it. We are keeping a strict vigil,” he said while responding to another question about the apprehensions of weapons from Afghanistan making their way into Kashmir.
The IG said the drone threat is very real. “Last year also, drones were noticed, but no one ventured inside our territory. This year, we are taking enough measures, anti-drone techniques, we are also getting a few drones, and we will tackle it very effectively,” he added.
“We are procuring our own drones to counter the drone threat. Besides, a series of measures are in place to deal with drone threats,” he said.
He said the other challenge before the security forces on the LoC is narcotics. “There have been attempts to push narcotics from the other side. We have seized it. We have a zero-tolerance policy against narcotics,” he added.