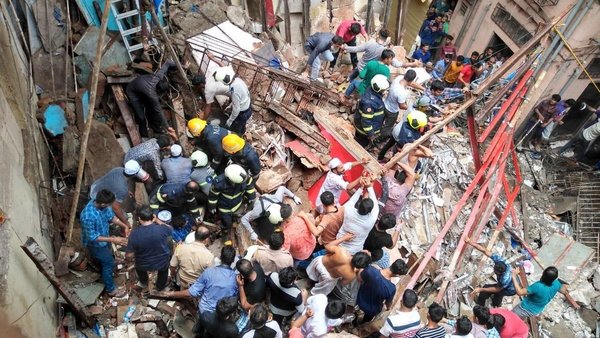 The four-storey residential building, in a maze of byzantine lanes and houses clustered closely together, came down shortly before noon, civic officials said.

The National Disaster Response Force said six men, four women and a child were killed while eight were injured.

Officials of the Brihanmumbai Municipal Corporation (BMC) had put the death toll at four and the number of injured at nine. Maharashtra Housing Minister Radhakrishna Vikhe Patil earlier said 12 to 13 people were killed, citing preliminary information.

As night fell on the city, hundreds of people continued the job of rescuing people from under the rubble of the Kesarbai building, which housed an eatery on the ground floor and was located in a bustling lane off Tandel Street. (AGENCIES)