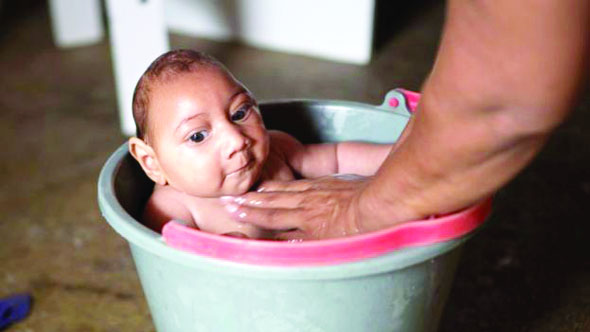 Mandeep Singh Azad and Manmeet Motan
Though Zika was first discovered in 1947 (in the Zika forest in Uganda), it hasn’t bothered humans much in all these years. “There have only been about 14 or 15 cases documented until 2007,”. Brazil has seen an unusual surge of Zika cases over the past two years — possibly after the virus arrived with World Cup travelers in 2014. Last year, more than 1.5 million people were affected and over that same period, Brazil has seen more and more newborns born with microcephaly, a congenital condition that’s associated with a small head and incomplete brain development. Normally Brazil gets several hundred cases a year, but since October 2015, health officials have reported more than 3,500 cases. Even the US reported of 31 cases of infection and all in those who had travelled to the affected areas. Currently only 20% of people infected with the virus are showing symptoms. What the health officials fear is that is an Aedes mosquito bites an infected person who has come to India, in no time Zika virus would spread widely in India too.
The World Health Organization has declared that the outbreak of Zika and congenital malformations and neurological disorders in newborns believed to be connected to the virus is a global public health emergency. Since the current outbreak began in Brazil in May 2015, nearly 1.5 million people are reported to have been affected. As of January 23, 4,180 suspected cases of microcephaly — a foetal deformation where newborns have abnormally small heads — had been reported in Brazil. There have also been cases of Guillain-Barré syndrome, a condition in which the immune system attacks the nervous system, sometimes resulting in paralysis. A causal relationship between Zika virus and microcephaly is yet to be established, but it is strongly suspected as the virus has been found in the placenta and amniotic fluid of infected mothers and in the brains of foetuses and newborns. The Zika virus has the potential to spread wherever the Aedes aegypti mosquito, that transmits the infection, is found and where people lack natural immunity against it. As in the case of Ebola, no specific treatment or vaccine is currently available for the Zika virus; there are no rapid and reliable diagnostic tests either. All this is likely to change as the WHO’s declaration galvanises international response to improve surveillance, detect infections and study the causal link between Zika infection and microcephaly and Guillain-Barré syndrome. However, unlike diagnostic tests, vaccine development may face ethical problems as it would need to be tested on pregnant women, who are the worst-affected.
With mosquito-borne diseases such as Dengue and Malaria being widespread in the country, India needs to work out how it will prevent a similar outbreak of the Zika virus. India has had a history of Zika virus attacks as early as in the 1950s, says aBBC report, citing a study conducted by the National Institute of Virology (NIV) in Pune. A team of experts from NIV had published a paper in 1953, after testing the exposure of Indians to 15 insect-borne diseases, one of which was by the Zika virus. It was found that ‘significant numbers’ of people were exposed to the virus as early as in the 1950s, even before the first official case in humans was registered in Nigeria in 1954.
An obscure mosquito-borne virus, Zika, is on the prowl and has already caused an “unprecedented situation” in the world of scientific research. It stems from a huge surge in babies being born with microcephaly, a rare, incurable condition in which their heads are abnormally small. The disease is currently sweeping through Northeastern Brazil, with officials reporting at least 2,782 cases in 2015, as against 147 in 2014 and 167 in 2013. At least 40 infants have died so far
The virus gets its name from the Zika forest in Uganda, Africa, where it was first identified in rhesus monkeys in 1947. It was reported in humans in 1952 but was unknown in the Americas until last year. The virus is transmitted by the Aedes aegypti mosquito, which is also responsible for the spread of dengue and chikungunya.In the last few years, confirmed cases have been reported from Brazil, Colombia, the Dominican Republic, El Salvador, Guatemala, Mexico, Panama, Paraguay, Suriname and Venezuela
Symptoms
* About 1 in 5 people infected with Zika virus become ill (i.e., develop Zika).
*The most common symptoms of Zika are fever, rash, joint pain, or conjunctivitis (red eyes). Other common symptoms include muscle pain and headache. The incubation period (the time from exposure to symptoms) for Zika virus disease is not known, but is likely to be a few days to a week.
* The illness is usually mild with symptoms lasting for several days to a week.
* People usually don’t get sick enough to go to the hospital, and they very rarely die of Zika.
* Zika virus usually remains in the blood of an infected person for about a week but it can be found longer in some people.
Diagnosis
* The symptoms of Zika are similar to those of dengue and chikungunya, diseases spread through the same mosquitoes that transmit Zika.
* See your healthcare provider if you develop the symptoms described above and have visited an area where Zika is found.
* If you have recently traveled, tell your healthcare provider when and where you traveled.
* Your healthcare provider may order specialized blood tests to look for Zika or other similar viruses like dengue or chikungunya.
Treatment
* There is no vaccine to prevent or specific medicine to treat Zika infections.
* Treat the symptoms:
* Get plenty of rest.
* Drink fluids to prevent dehydration.
* Take medicine such as acetaminophen (Tylenol®) to relieve fever and pain.
*Do not take aspirin and other non-steroidal anti-inflammatory drugs.
* If you are taking medicine for another medical condition, talk to your healthcare provider before taking additional medication.