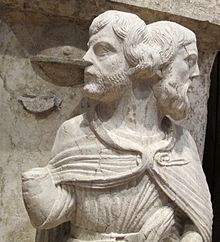 Prof. Suresh Chander
Article “Amazing Visions of Jammu : Janus Faced” by Prof. R R Sharma in Daily Excelsior (28.11.2020) was indeed amazing to the extent that it is difficult to connect the various dots in the article. Prof Sharma devoted considerable space to prove the credentials of Karan Thapar to arrive at the conclusion that “Some Two Hundred Thousand Muslims were killed or expelled.” This has been extensively debated. Prof. Sharma has mixed Muslims killed or expelled. The references quoted by him suggest that Two Hundred Thousand Muslims were killed.
‘The claim that 70,000 to 2 lakh Muslims were killed in 1947 in Jammu is not only outrageous but is inflammatory’ asserts Mohd Yousaf Saraf ex-Chief Justice of Azad Kashmir in his book ‘Kashmiris Fight for Freedom’. He estimates the number between 20,000 and 30,000. For obvious reasons Mohd Yousaf Saraf might have erred on the wrong side by a factor of two. So the figures might be between 10,000 and 15,000.
Prof. Sharma asserts “we also must recall as to what happened to Jammu Muslim in 1947 i.e just after the independence. At that time, it was a Muslim majority city, but literally in weeks, communal mass killings and forced migration turned Jammu into a Hindu Majority City.” The facts are otherwise. Yes the Jammu city and the Jammu district had a significant Muslim population prior to the Partition of India. But Muslims did not not have a majority, they were only 37 per cent, in Jammu, by the 1941 census.
It will be interesting to look at the demography of Jammu division before and after 1947. Presently the Muslims in Jammu are 33.45% as compared to 62.55% Hindus. As per 1941 census there were a total of 61.3% Muslims, and 38.5% Hindus in Jammu Division including areas in Azad Kashmir.
Indian part of Jammu had roughly equal numbers of Muslims and Hindus at the time of partition.
In 1961, there were 9.04 lakh Hindus and 5.12 lakhs Muslims. Hindus rose to 63.21%, while Muslims fell to 35.80%, which means that, roughly 72% of the Muslim population of Jammu was retained in Indian part of Jammu, in proportional terms.
When we take the Indian census of 2011, and the Pakistani census of 2017, we get 36 lakhs Hindus and Sikhs, and 43 – 45 lakhs Muslims (depending on how one computes the growth rates between 2011 and 2017), which yields a total of approximately 57% Muslims in the united Jammu region, roughly the same proportion as they were in 1961, and only marginally lower they were in 1941. However, nearly 7 lakh Muslims from POK have settled in the UK. Muslims will be 50-52 lakhs if the Muslims in the UK from Azad Kashmir are taken into account, then Muslims in United Jammu will be around 60% almost same as per 1941 census.
It is bewildering to understand as to why these issues are being raised at this juncture.
Prof. Sharma rightly raises the question: “Is it only Jammu, Kathua, Samba, Udhampur ? What happens to Rajouri, Poonch, Bhaderwah, Kishtwar, Ramban etc ?” But Prof. Sharma himself forgot to mention the ethnic cleansing in POJK in 1947. Hindu majority cities of Mirpur, Kotli, Bhimber and other small towns with plus 90 percent non Muslim population became 0 percent population overnight not to mention that majority of them were killed.
It was perplexing to understand his attempt to downgrade General Zorawar Singh. He is our Hero who extended the boundaries of India. It is the first time that Napoleon has been referred to as “Napoleon The Great”.
Jammu is indeed a ‘Valourous” city with the highest number of retired Generals residing in the city.
We must look to the future without making the mistakes of the past that’s perhaps what Janus depicts.
feedbackexcelsior@gmail.com