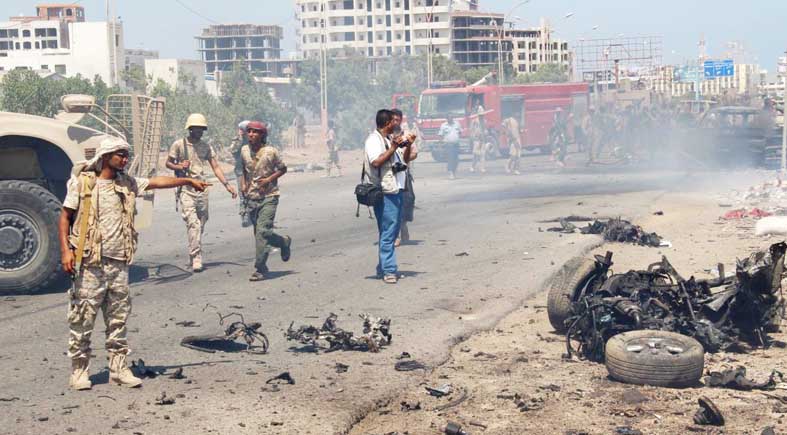 The early morning attack in Ahwar, in the province of Abyan, targeted a post manned by troops from the Security Belt, a security force loyal to the secessionist Southern Transitional Council.

The separatist council is backed by the United Arab Emirates and controls much of Yemen’s south. It is at odds with the internationally recognised Government.

The officials said at least 21 troops were killed in the attack and the clashes that ensures for hours. Four more troops were also wounded, they said.

The officials spoke on condition of anonymity because they were not authorised to brief media.

Among the dead troops was Yasser Nasser Shaea, a senior commander in the force fighting terror groups in Yemen, the Security Belt said in a statement.

It said six militants were killed and others were detained. It posted images showing bodies it said were the dead militants.

No group claimed responsibility for the ambush. But it bore the hallmarks of al-Qaida in the Arabian Peninsula, or AQAP.

AQAP has long been considered the global network’s most dangerous branch, and has attempted to carry out attacks on the US mainland.

AQAP, along with an affiliate of the Islamic State group, are active in several regions of Yemen and have taken advantage of the years long civil war to make inroads.

Yemen’s war pits Iran-backed Houthi rebels against the internationally recognised government, which is aided by a Saudi-led coalition. The UAE is part of the coalition. (AP)