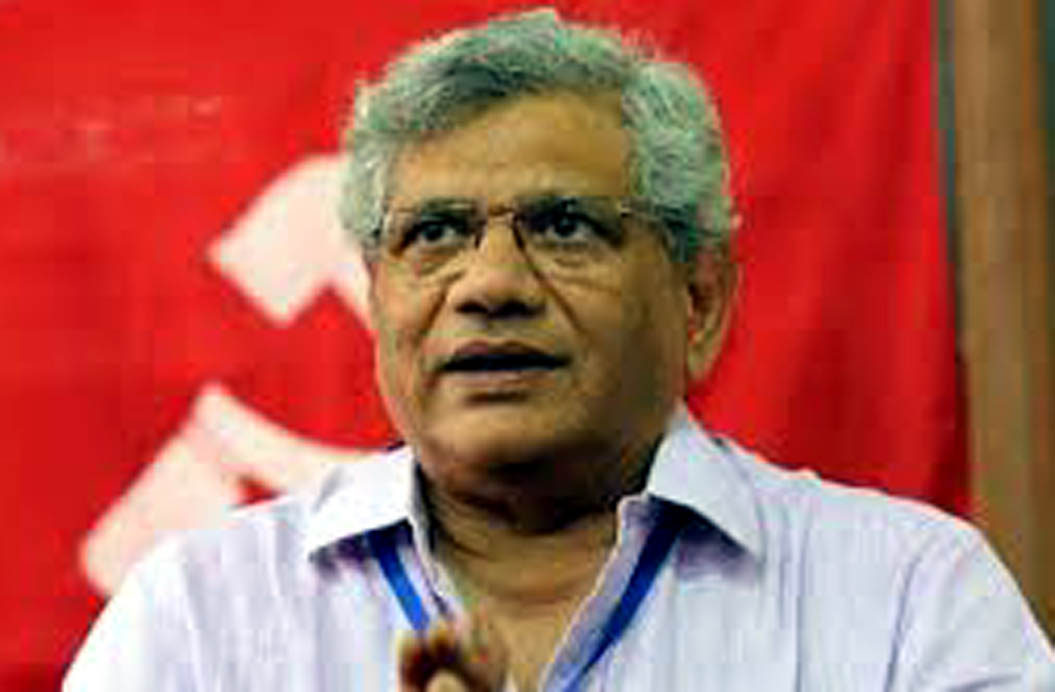 NEW DELHI, Sept 2:  CPI (M) general secretary Sitaram Yechury today filed an affidavit in the Supreme Court giving details of his August 29 Kashmir visit during which he met his ailing colleague Yusuf Tarigami, party sources said.
The affidavit was submitted in the court in a sealed envelope.
The Apex Court had permitted Yechury to go meet Tarigami, a four-time former MLA, after he filed a habeas corpus petition.
Sources said the affidavit gives details of Tarigami’s health condition and stresses on the need for him to visit AIIMS, where he was being treated. It also talks about the situation in Kashmir which has been under heavy security cover since August 5, when the Government abrogated the State’s special status under Article 370.
Yechury had attempted to visit Tarigami twice earlier, only to be forced to return from Srinagar airport.
It was only after the Supreme Court directions that the CPI (M) general secretary was allowed to step out of the airport on August 29. (PTI)