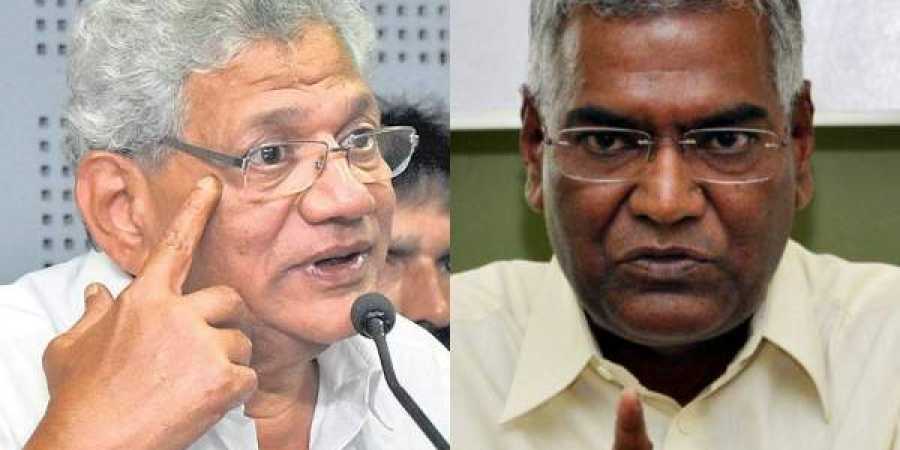 NEW DELHI, Aug 9: CPI(M) general secretary Sitaram Yecury and CPI chief D Raja were not allowed to enter Jammu and Kashmir today and were sent back from Srinagar airport after a brief detention, party sources said.
The Left leaders had gone to Srinagar to meet CPI(M) leader MY Tarigami and other party colleagues.
“They showed us a legal order which did not allow any entry into Srinagar. It stated that even escorted movement into the city was not permitted due to security reasons. We are still trying to negotiate with them,” Yechury said over phone.
Later, party sources said they have been sent back to Delhi.
Yechury and CPI general secretary Raja had written to Satya Pal Malik on Thursday informing him of their visit and requesting him to facilitate their entry.
“Both of us had written to the J&K Governor requesting him that there should be no hurdles for our visit… despite that we have been detained. I wanted to meet my ailing colleague and our comrades who are here,” Yechury said.
In a statement issued by the CPI(M) politburo, the party hit out at the Government over the detention, saying it was an “anti-democratic” act, which showed the ruling BJP’s “authoritarian face”.
“The politburo calls upon the people to protest this anti-democratic act of the BJP Government,” the statement said. (PTI)