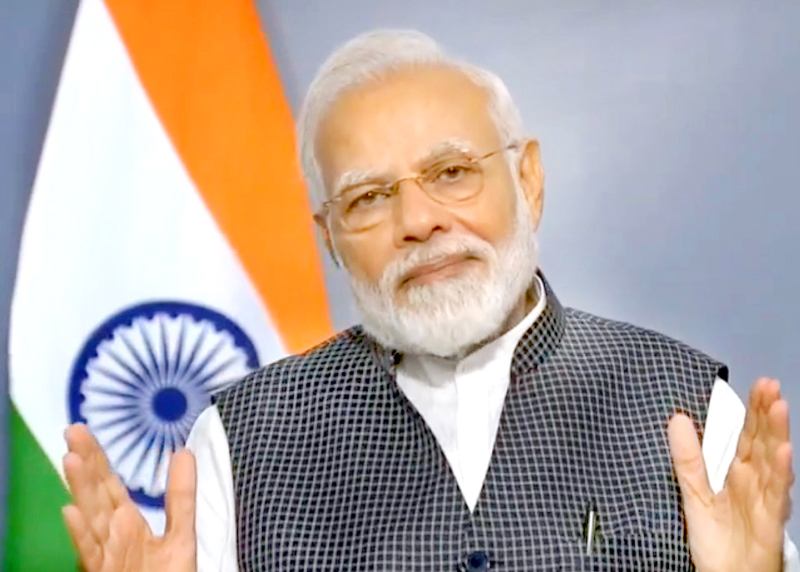 NEW DELHI, Aug 9: Prime Minister Narendra Modi on Friday said the Bharat Ratna conferred on former president Pranab Mukherjee is a fitting recognition for his service to the nation.
Mukherjee was conferred the highest civilian award by his successor Ram Nath Kovind on Thursday.
“Thank you for leaving no stone unturned towards making India more developed… It was an honour to witness you receiving the Bharat Ratna, a fitting recognition of everything that you have done for the nation,” Modi tweeted.
Acclaimed Assamese singer Bhupen Hazarika and RSS leader Nanaji Deshmukh were conferred the award posthumously. The Prime Minister said the music of Hazarika transcends all barriers.
He is a universally admired cultural icon, whose rich works capture all aspects of human spirit and emotions. The Bharat Ratna (posthumously) is a “manifestation of his contribution to our culture and music”, Modi said in another tweet.
“India pays tribute to the great Nanaji Deshmukh Ji. He undertook many efforts to improve India’s villages and empower the lives of our rural population. He epitomised honesty, humility and probity in public life. Happy that he has been conferred the Bharat Ratna (posthumously),” the prime minister wrote on the microblogging site. (PTI)