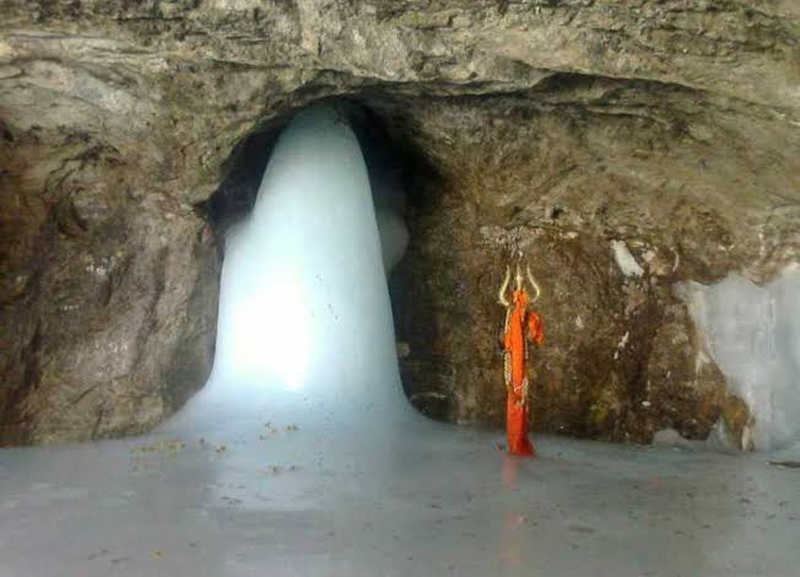 Avtar Bhat
JAMMU, July 13: Over 16, 900 pilgrims paid obeisance at cave shrine of Amarnath Ji on the 13th day of darshan today while the pilgrimage to the holy cave was suspended for the day from here as a precautionary measure in view of a separatists-sponsored bandh call in the Kashmir valley on Martyrs’ Day, officials said.
This is the highest number of pilgrims paying obeisance on a single day since the 46 day long yatra started from twin tracks of Baltal-Sonamarg and Nunwan-Pahalgam from July 1, officials said, adding 16,916 pilgrims paid obeisance at holy cave by this evening. Till date 1,73,978 pilgrims have performed darshan in the holy cave.
The pilgrims after performing the darshan of naturally formed Ice Lingam have started their return journey towards base camps of Nunwan-Pahalgam and Baltal-Sonamarg.
The weather in the holy cave area remained cloudy during the day and it also rained for some time on twin tracks as well as Baltal but the yatra proceeded smoothly.
Officials said in view of July 13 bandh call given by separatists, the authorities suspended the yatra from Jammu to twin base camps and no yatri vehicle was allowed to leave towards Kashmir from here today.
There was a heavy rush of pilgrims at Bhagwati Nagar Yatri Niwas and other community centers in Jammu.
Officials said about 5000 pilgrims are camping in Yatri Niwas and its surrounding places.
Heavy rush of pilgrims was also seen in front of registration counters as well as Geeta Bhawan and Ram Mandir, Purani Mandi as thousands of pilgrims from different parts of country are reaching here daily by road or through trains.
Reports reaching here said that 2654 pilgrims crossed the gateway of Lakhanpur towards Jammu during last 24 hours in 126 vehicles to leave for their onwards sojourn to holy cave from here.
As many as 12 batches of pilgrims have so far left for the twin base camps of Pahalgam and Baltal in Kashmir valley from Jammu since the beginning of the pilgrimage from here on June 30.
Earlier the yatra was also suspended on July 8 due to strike call given by separatists in Valley on the death anniversary of dreaded terrorist Burhan Wani. “The yatra was suspended from Jammu as a precautionary measure in wake of the strike called by separatists in Kashmir valley today also,” an official said.
Over 1.50 lakh pilgrims have paid obeisance at the cave shrine during the last 12 days of the Amarnath yatra.
Over 1.75 lakh pilgrims have so far registered themselves for the 46-day long pilgrimage.
Multi-tier security arrangements have been made for smooth and successful conduct of the yatra that concludes on Hindu festivals of Shravan Purnima and Raksha Bandhan falling on August 15. The holy mace of Lord Shiva will leave its abode Dashnami Akhara in Srinagar, Kashmir on Nag Panchmi falling on August 5 towards cave shrine. It will be carried by Mahant Dipendra Giri Ji Maharaj, the sole custodian of Chhari Mubarak who will be accompanied by Sadhus and devotees.
As many as 2.85 lakh pilgrims had paid obeisance at the cave last year, while the number of pilgrims was 3.52 lakh in 2015, 3,20 lakh in 2016 and 2.60 lakh in 2017. 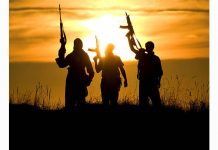