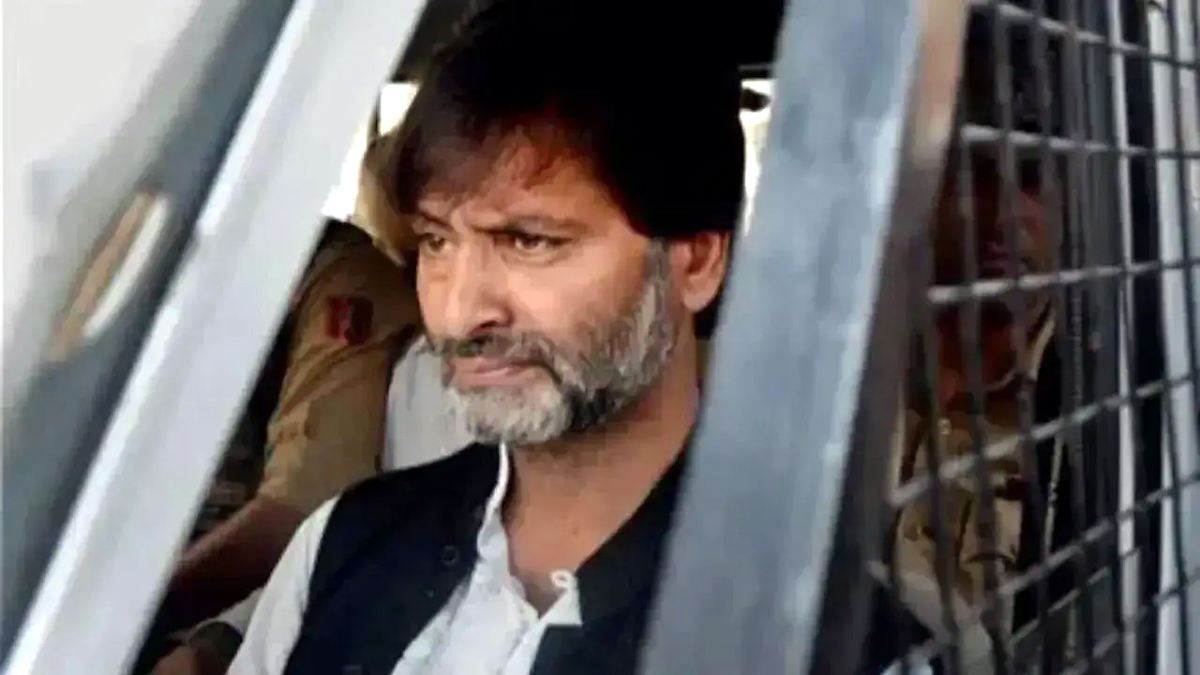 NEW DELHI, July 30: Kashmiri separatist leader Yasin Malik, who was admitted to the RML hospital here following a fluctuation in blood pressure, has returned to Tihar Jail, officials said on Saturday.
They said Malik returned to the prison on Friday evening. He has refused to eat anything and is still on IV fluids, the officials said.
Malik was hospitalised on Tuesday after fluctuation in his BP levels. He had submitted a letter to the doctors at the medical facility, saying he did not want to be treated.
The 56-year-old chief of the banned Jammu and Kashmir Liberation Front (JKLF) began an indefinite hunger strike on July 22 after the Centre did not respond to his plea that he be allowed to physically appear in a Jammu court hearing the Rubaiya Sayeed abduction case, in which he is an accused.
The separatist leader, who was kept in solitary confinement in a high-risk cell in Tihar’s prison number 7, was shifted to the prison’s Medical Investigation (MI) room where he was being given IV fluids.
Malik is serving a life sentence in a terror-funding case. (PTI)