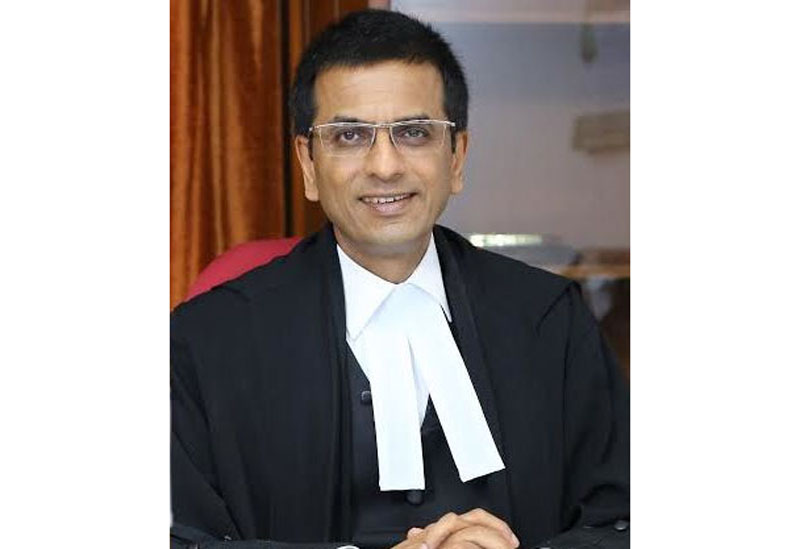 NEW DELHI, July 30: Supreme Court judge D Y Chandrachud on Saturday said justice should not be limited to the socio-economically privileged sections and it is the duty of State actors to secure a “just and egalitarian social order” where justice is not denied due to social and economic disabilities.
Observing that in a nation as vast as India where “graded inequality” exists, Justice Chandrachud called for the use of technology saying it would “taper the digital divide by widening the reach of technology”.
Highlighting the achievements by using the technological tools, he said, “The impact of technology on furthering access to justice to every citizen is significant…19.2 million cases were heard on video conferencing by the high courts and district courts as of 30 April 2022. The National Judicial Data Grid (NJDG) has data of 17 crore decided and pending cases.”
Justice Chandrachud was addressing the first All India District Legal Services Authorities Meet here in which Prime Minister Narendra Modi and Chief Justice of India (CJI) also spoke and dealt with various issues including the release of undertrials languishing in jails awaiting legal aid.
“In a nation as vast as ours, where graded inequality exists, justice ought not to be limited to the socio-economically privileged sections of our society. It is the duty of State actors to secure a just and egalitarian social order in which the legal system promotes justice, and ensures that opportunities for securing justice are not denied to any section of the society due to social and economic disabilities,” he said.
He said that the challenge before judges as judicial administrators was to maximise the outreach of services by integrating technology with a human face.
“Technology does not have a human face but deployed with understanding it has the potential to realise access to justice. Appropriate technologies must be developed locally after close consultation with the beneficiaries, in order to optimise the benefits of the services. Technology must not be used to substitute the role and labour of humankind; rather, it must be employed to aid and enhance the work of humans,” he said.
Justice Chandrachud said that NALSA’s e-committee has established ‘e-seva kendras’, in 26 high courts and 500 district courts to “enable litigants to obtain information on the case status, extend assistance in e-filing of cases, and to avail of the full range of services provided by the e-courts’ project”.
“Common service centres in every ‘gram panchayats’ are being set up under the auspices of the digital India initiatives of the union govt. The integration of e-court services with common service centres will ensure that the reach of the Indian judiciary extends to every citizen in every village across India,” he added. (PTI)