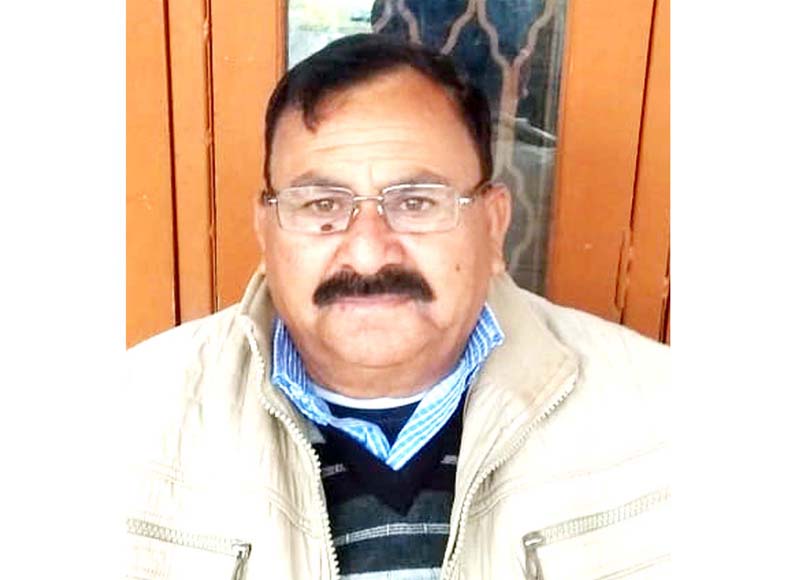 JAMMU: Ward Number-75 of Jammu Municipal Corporation (JMC) which includes small villages like Akalpur, Patnyal, Sangrampur and Durguchack is the new Ward in JMC.
Being a rural zone this Ward has some additional problems apart from those existing with urban Wards of JMC.
An interaction with the locals here revealed the issues prevailing in this area.
Balwan Singh—a retired army-man from Akalpur informed that lanes and drains in the Ward are not proper.
He said, at many places in the Ward drains are even not laid properly while lanes are in extreme bad shape where rain water accumulates.
A housewife—Bimla at village Patnyal said that there are no street lights in the Ward and it becomes tough to walk through the dark streets in evening.
Ganesh Lal of Sangrampur said that roads of the Ward were blacktopped some 30 years back and after that none bothered to check the state of the roads which are mostly in dilapidated condition now.
Kalu of Durguchack said that there are many stray animals in the village.
“People leave their cattle after milking them and they sometimes spoil the crops and litter on roads making them dirty,” he said.
Many people also complained about stray dogs which roam freely in the Ward and bark harshly on passersby.
Kamla—another housewife in the Ward said that there is no place for garbage disposal in the Ward and even there is no dustbin or container.
The farmers in the village informed that the nearest agriculture department centre is eight kilometers away and at same is the distance of nearest government veterinary clinic.
Balban Singh Chib—a sportsman of Akalpur informed that it is very sad that youth of the Ward are increasingly falling prey to the menace of drug addiction.
“The police should take extra care as an important resource of the country is going on a wrong track,” he said adding that parents should also keep a vigil on the activities of their children.
Many elders of the Ward expressed concern over the increasing crime in the area and said that police should take a note of this and honestly look into the matter.
They said that moral education and meditation should be preached to the youth to guide them to the proper track.
Many people said that only source of water in the Ward is hand pumps while the PHE department had laid pipes for water supply some 30 years back and this system is now almost non-functional as water is supplied only once a week.
As the Ward has now elected Ghar Singh Chib as its Corporator, the public here has high expectations from him.
In an interaction with EXCELSIOR the Corporator talked about his plans and roadmap to solve the problems of the Ward.
Speaking fluently in typical Dogri with rural ascent, Chib said on priority he will construct shed and water tank at the cremation ground in the locality apart from getting the road there repaired.
He also said that proper irrigation facilities with the canal modified on modern lines as per the need will be his next priority.
Chib said that he is working hard to develop the Ward on modern lines.
However, the Corporator expressed concern over the prevailing corruption at the Revenue Department and informed that 40 per cent agriculture land in the Ward has been converted to residential.
“This has badly affected the agriculture in the area and authorities concerned should take a note of this,” he maintained.
He further informed that the nearest Higher Secondary School in the Ward is eight km away and students face problems due to this big distance.
“Especially girls face problems as rural culture is very much conservative and parents avoid sending girls to far away schools,” Chib informed.
He also said that a High School in the area needs proper staff, furniture etc.
The Corporator said that soon he will meet the transport authorities as there is no proper transport facility from city to Akalpur area.
He said that cleanliness and sanitation in the Ward is very poor and he will work to get Safai Karamcharis permanently deputed in the area along with dustbins and containers.
However, Chib expressed concern over the people defecating in open in his Ward and said that he is planning awareness programmes to aware the public on this.
“I am also working to get some public park and playground in the Ward,” Chib further informed.
Ghar Singh is an Independent Corporator who won Urban Local Bodies elections with a Margin of 514 votes.
He was polled 1205 votes while his opponent Ganesh Dutt of BJP got 691 votes.

J&K launches first phase of ‘One Nation One Ration Card’

BJP Govt at Centre committed to provide all basic facilities to people: Kavinder